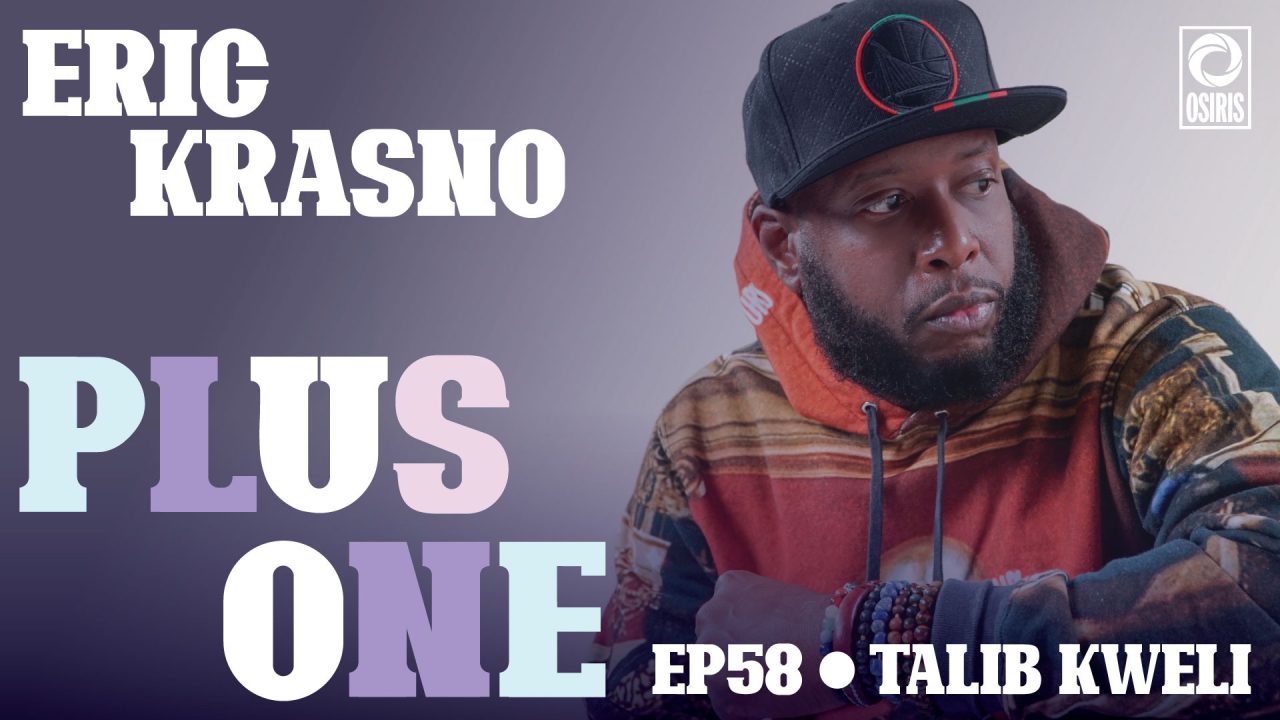 This week on Eric Krasno Plus One, Kraz talks with a monumental figure of hip hop over the last 20+ years, the one and only Talib Kweli. Kweli earned critical recognition through his work with fellow Brooklyn rapper Mos Def, when they formed the legendary group Black Star in 1997. The duo released one album and a number of singles, and their collaboration helped to propel both of their solo careers. In 2018, 21 years after the group’s formation, Mos Def announced that a long-awaited followup album is in the works, which Kweli and Kraz discuss in the episode.

In 2020, Kweli spent time at Dave Chappelle’s summer camp, which gave birth to the Midnight Miracle podcast, as well as other creative works that Kweli talks about in the conversation. You’ll hear Kweli break down the genesis of Black Star and his friendship with Mos Def, the difference between being on a major label vs. an indie label, working with J. Cole and Kendrick Lamar before they hit the mainstream, and much more. Kweli has seen many different iterations of hip hop since his career launched in 1997, and in this conversation he shares with Kraz some of the most important creative insights that he’s gained throughout that time.

Talib Kweli also hosts the podcast People’s Party, which you can listen to here: https://podcasts.apple.com/us/podcast/peoples-party-with-talib-kweli/id1467639342