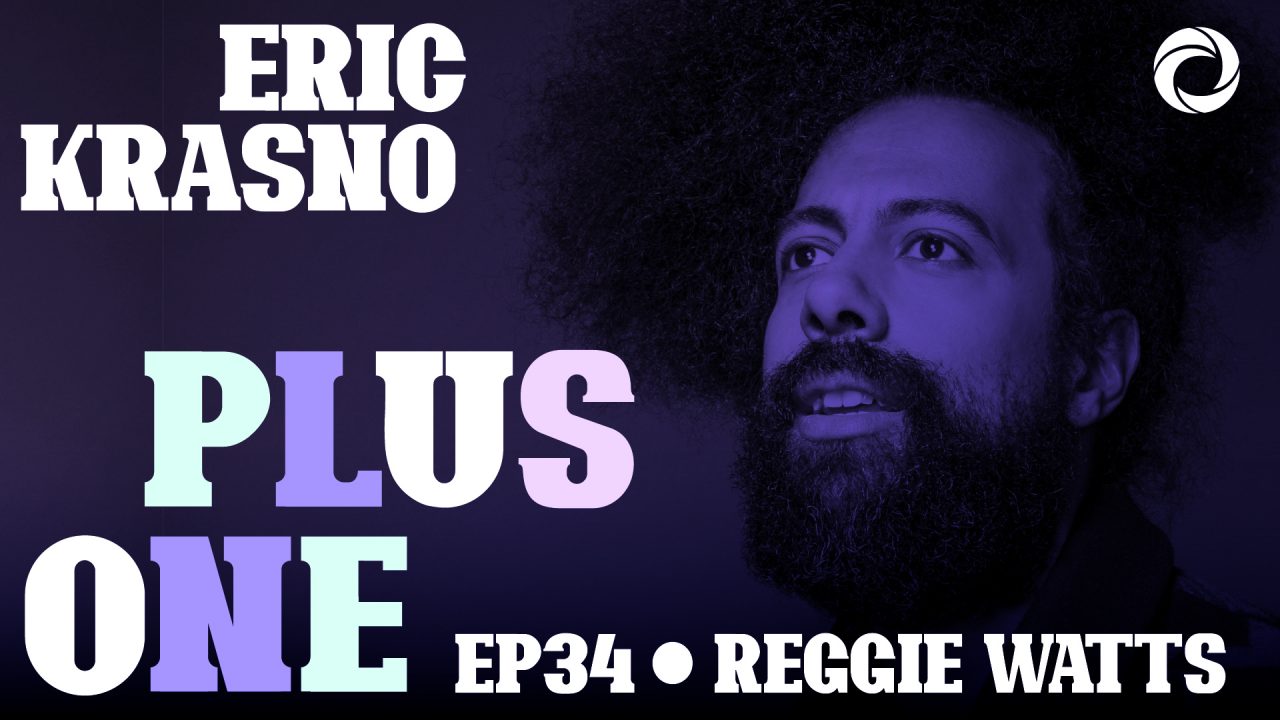 On this week’s Plus One, Eric speaks with the one and only Reggie Watts. Reggie and Kraz go way back, having toured together in the early 2000s. Reggie has gone on to a successful career as a band leader for both a fake late night talk show and now a very real one. Reggie spent several years on the show COMEDY BANG BANG before being asked to serve as bandleader and comic foil to James Corden on THE LATE LATE SHOW WITH JAMES CORDEN, airing weeknights on CBS.

Eric and Reggie discuss Reggie’s approach to making completely improvised music, how they are using the pandemic to work on their health, and share a few funny stories from their time touring together.

This podcast is available on ​Apple Podcasts,​ ​Spotify,​ or wherever you get your podcasts. Please leave us a rating or review on iTunes!

Eric Krasno Plus One ​is presented by O​siris Media​. All Original Music by Eric Krasno. Executive Producers are RJ Bee and Christina Collins. Audio Production by Matt Dwyer. Produced by Ben Baruch of 11E1even Group.

For 15% off from Sunset Lake CBD use the Promo Code: KRASNO15 at checkout.

Learn more about the latest synthetic grass from SYNLawn at http://www.synlawn.com/plusone

Check out Grady’s Cold Brew (which can also be brewed hot!) and get 20% off when you use the promo code PLUSONE20