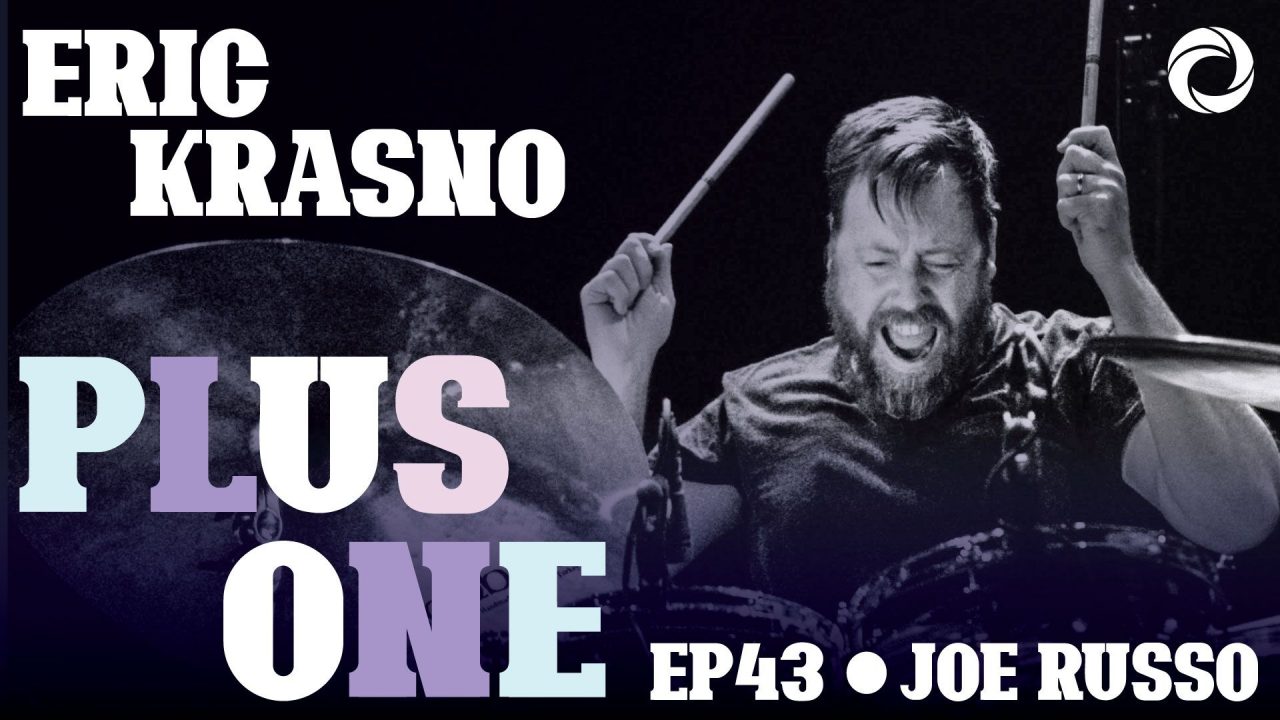 This week on Eric Krasno Plus One, Eric talks with drum-phenom Joe Russo. Russo has been involved in many extraordinary musical ventures throughout his career- Furthur, Benevento/Russo Duo, and Shpongle to name a few- but he has gained monumental praise from jam band fans over the last 8 years for his sensational drumming in Joe Russo’s Almost Dead. JRAD takes the music of The Grateful Dead to new heights through deeply experimental improvisation and sky-brushing peaks, and Russo has been at the helm of the group since its inception.

Over the last few years Russo has put out several new collections of music including his 2019 debut solo album Phér•bŏney, as well as a collaboration EP with Circles Around The Sun, several singles, and has performed with Shpongle for their farewell concerts at Red Rocks Amphitheatre. The rhythm guru has been busy, but quarantine has allowed him to spend time with his family, which he says he’s very-much enjoyed.

In this episode, Kraz and Russo engage in a wide-ranging discussion that covers the early days of the Benevento/Russo Duo, playing with Mike Gordon and Trey Anastasio of Phish, the formation of JRAD, Joey’s unconventional method of learning Dead songs, and much more.