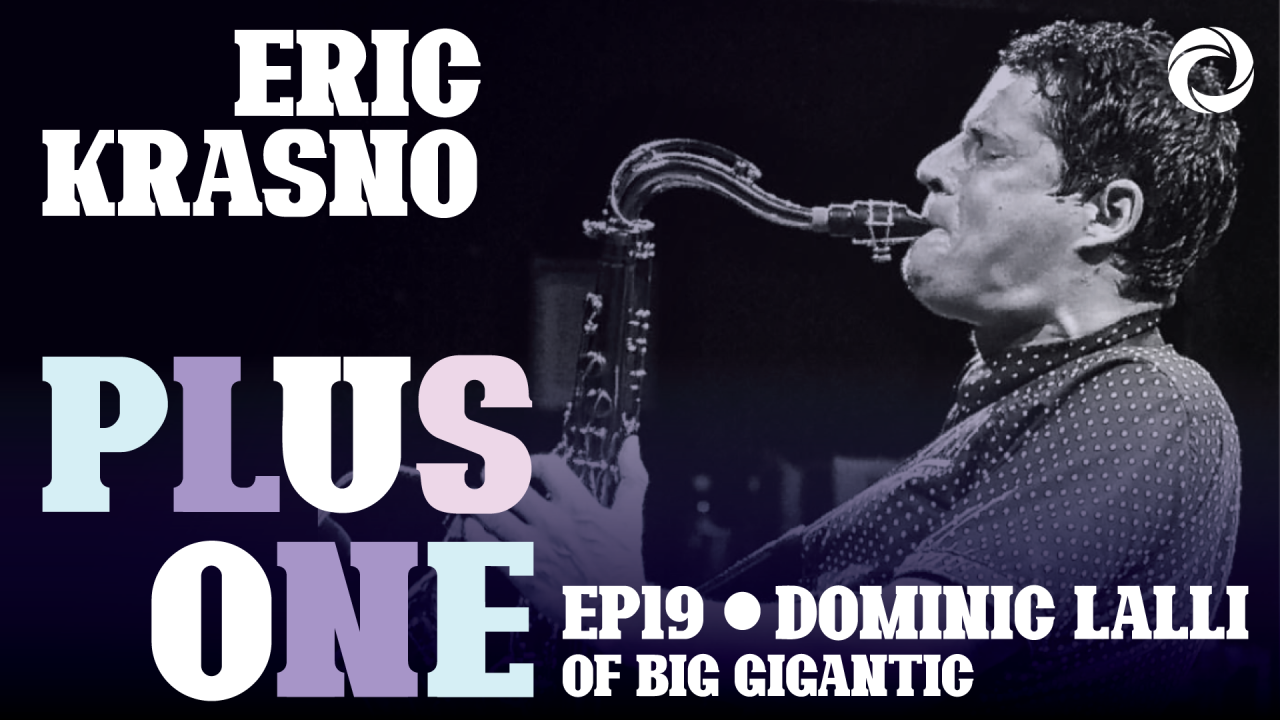 In this episode of Plus One Eric welcomes saxophonist and producer Dominic Lalli, the brains behind electronic group Big Gigantic. Lalli’s inventive merging of EDM styles with his jazzy hooks catapulted Big Gigantic to success through monstrous festival sets that won over thousands of new fans by force.

Lalli has had a busy 2020, releasing Big Gigantic’s new album Free Your Mind in February and his first jazz record, A Blind Man’s Blue, in July. He recently joined Eric at his home studio to write some new music, discuss their paths from players to producers, and reflect on how Coltrane was the portal into jazz for both of them.