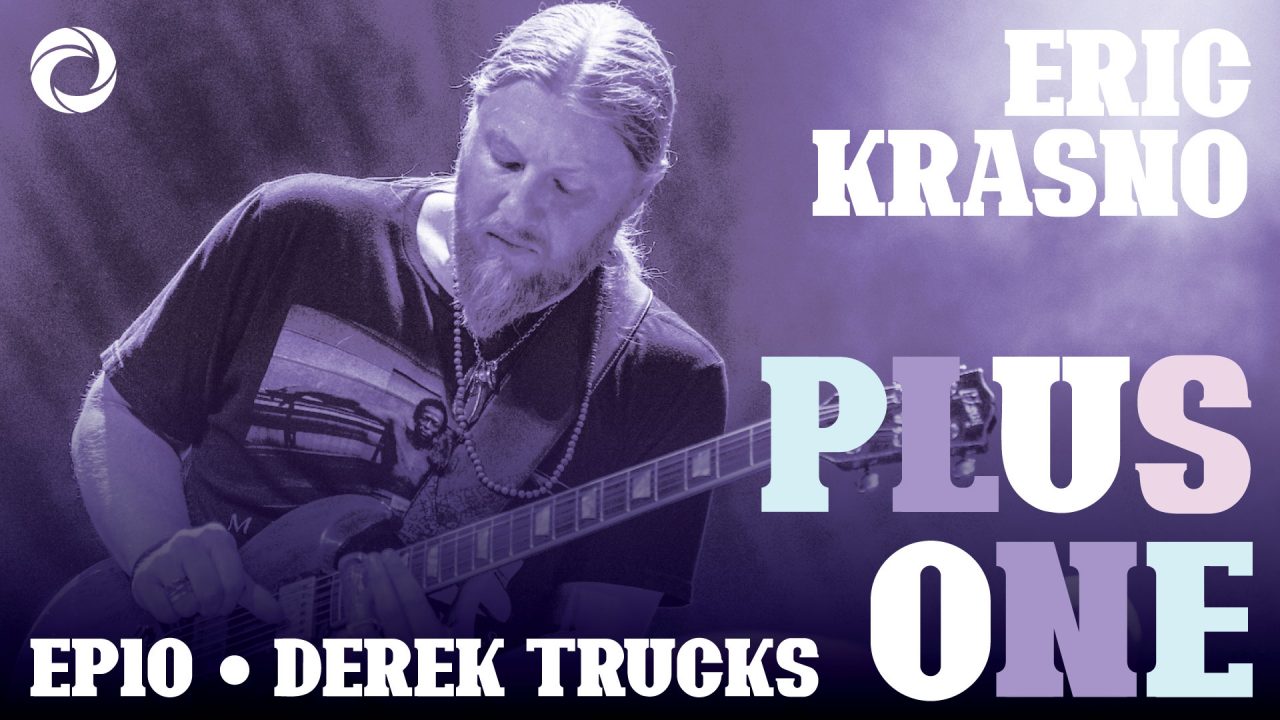 In episode 10 of Plus One, Kraz talks to guitarist and songwriter Derek Trucks, who he describes as the ‘greatest slide guitar player that’s ever lived’ about the early days of their friendship and the incredible musicians they’ve played with over the years.

They talk about how they’re managing through the pandemic, the time that Derek immersed himself in Indian music and how it influenced his playing, and what he took away from working with Eric Clapton.

At the end of the episode, Kraz plays “Sahib Teri Bandi/Maki Madni” from the Derek Trucks Band album Songlines.

Derek Trucks is a guitarist, songwriter, and founder of the Grammy Award-winning The Derek Trucks Band. In 2010, he formed the Tedeschi Trucks Band with his wife, blues singer/guitarist Susan Tedeschi. His musical style encompasses several genres and he has twice appeared on Rolling Stone‘s list of 100 Greatest Guitarists of All Time. He is the nephew of Butch Trucks, drummer for the Allman Brothers.