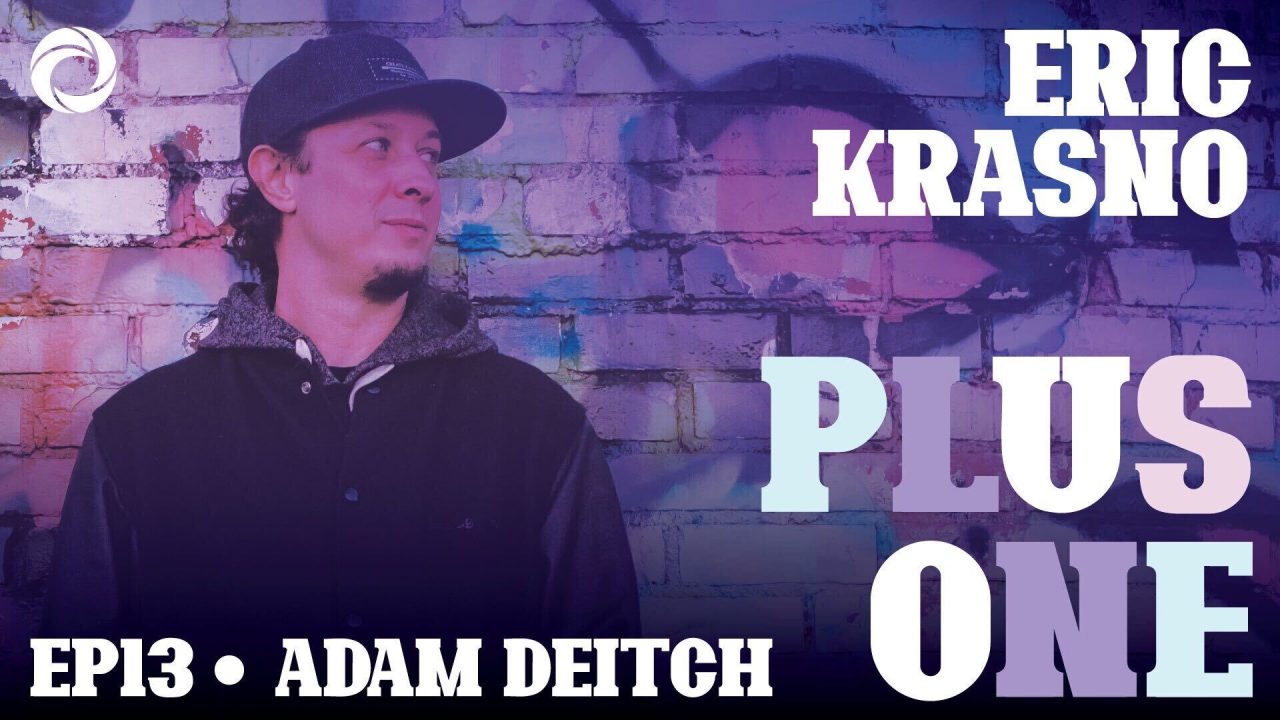 Episode 13 of Eric Krasno Plus One has Kraz talking to producer and drummer Adam Deitch. Adam is the drummer for Lettuce, he has performed with the Average White Band and John Scofield, and has produced multiple artists, including 50 Cent. They talk about Adam’s upbringing with parents who were accomplished musicians, and what happened when he went to play with the Average White Band at age 18. Adam tells Kraz what he learned from John Scofield and the two discuss what they’ve learned from each other.

At the end of the episode, Kraz plays “The Last Suppit” by Lettuce.

Adam Deitch is an American record producer and drummer based in New York City. He is the drummer for the bands Lettuce and Break Science and has worked in the hip hop, funk, electro, pop, and jazz genres, and has collaborated with rapper Wax and soul/jazz singer Ledisi. He was nominated for the 2010 Grammy Award for Best R&B Album for writing and producing two songs on Ledisi’s album Turn Me Loose as part of the Fyre Dept. production team. Deitch co-founded Royal Family Records and has worked with guitarist John Scofield and rapper 50 Cent.

Two new interviews to tell you about today! Thanks for listening! Adam Deitch on Eric Krasno Plus One. In this…

Seth and Rob begin this episode by calling Adam’s father, Bobby Deitch, to discuss his own musical history and it’s…