A timely bonus episode of Deeper Digs in Rock! Christian sits down with Ryan Sheeler, lecturer in the music department at Iowa State University where he teaches the History of American Rock ‘n’ Roll. He has a new book out from Hal Leonard Press called ‘Ritchie Valens: His Guitars and Music’.

On February 3rd, 1959, Valens, along with the Big Bopper and Winter Dance Party tour headliner Buddy Holly, climbed into Roger Peterson’s Beechcraft Bonanza for what should have been a short flight from Clearlake Iowa to Moorhead City, Minnesota. As most rockers know, the plane crashed shortly after takeoff in poor weather, killing all on board. The infamous “Day the Music Died”.

Ryan’s quick read book is less biography and more detailed on the 1950’s vintage equipment Valens used in his very, very short career (less than one year). He also provides transcriptions (tablature and notation) on the song La Bamba, both as originally recorded and covered by Los Lobos for the biopic released in 1987. 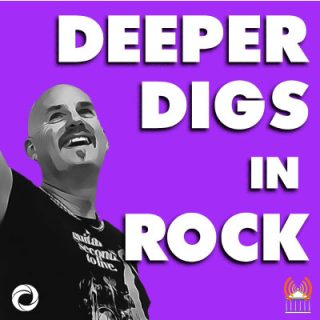 Contacting The Band with Elliot Landy

1973: Rock at the Crossroads with Andrew Grant Jackson

Raising Hell: Backstage Tales from the Lives of Metal Legends with Jon Wiederhorn