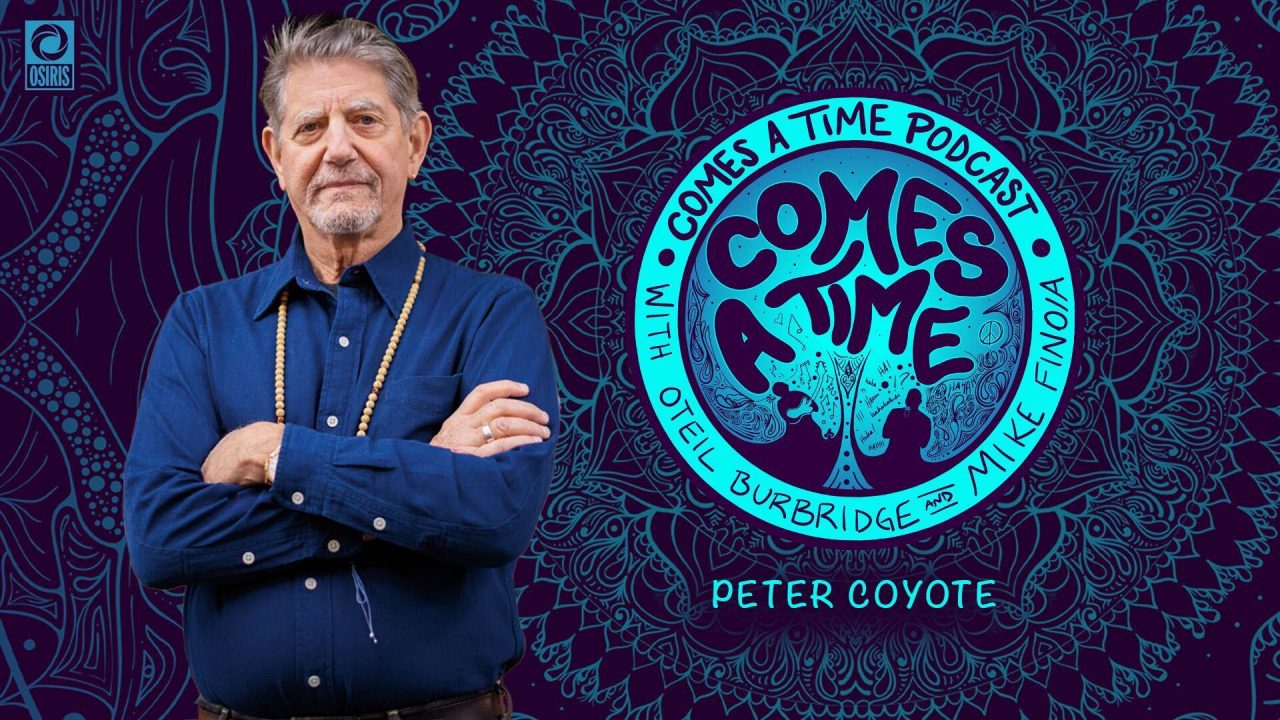 On this episode of Comes A Time, you’ll hear from a voice that you’ve certainly heard from on TV before, Peter Coyote. Peter tells the guys about his two new books that he just released, what Haight-Ashbury was like before the hippies moved in, and how he got away with smuggling 8 kilos of weed from Mexico into America. Peter also talks about the Diggers and how they won important cultural battles, capitalism dying from its own internal contradictions, and he even reads a letter that he’s writing to the New York Times that addresses how to fix some of America’s shortcomings.

Peter Coyote is an actor, director, screenwriter, author and narrator of films, theatre, television, and audiobooks. He is perhaps best known for his work in classic films such as E.T. the Extra-Terrestrial, Jagged Edge, and Erin Brockovich. He was known as the “Voice of Oscar” for the 72nd Academy Awards ceremony, and was the first Oscars announcer to be seen on-camera. Peter was one of the founders of the Diggers, an anarchist improv group active in Haight-Ashbury during the mid-1960s, including the Summer of Love. He is an accomplished actor in more than 130 films, an Emmy Award-winning narrator of over 200 documentaries and 17 audiobooks, a singer-songwriter, and Buddhist Priest.

Comes A Time is brought to you by Osiris Media. Hosted and Produced by Oteil Burbridge and Mike Finoia. Executive Producers are Christina Collins and RJ Bee. Production, Editing and Mixing by Eric Limarenko and Matt Dwyer. Theme music by Oteil Burbridge. Production assistance by Matt Bavuso.  To discover more podcasts that connect you more deeply to the music you love, check out osirispod.com