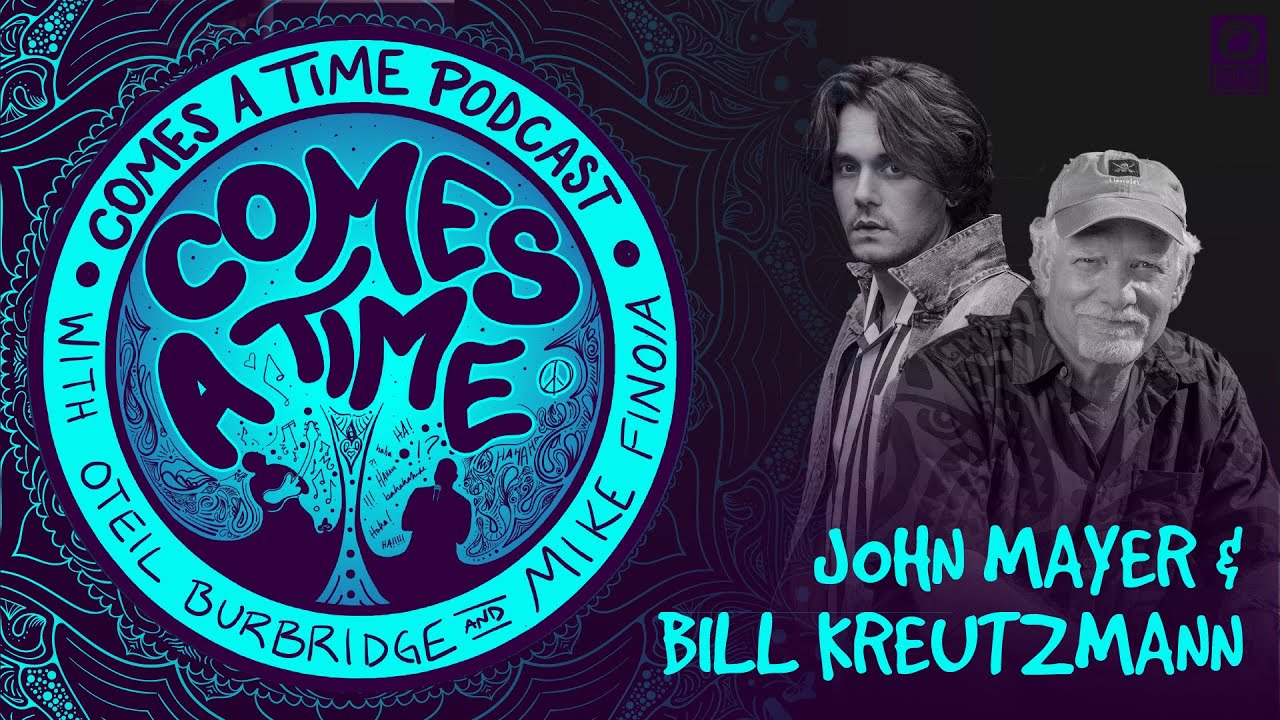 This week on Comes a Time, the show celebrates its 50th episode with a can’t-miss conversation, as Bill Kreutzmann and John Mayer join Oteil and Mike for an action-packed discussion! The four deep on their musical philosophies, Billy’s recent shows in Hawaii with Carlos Santana and Billy Strings, and Mayer jokes amongst Deadheads. You’ll also hear Oteil ask Billy about his “social sliver” microdosing strategy, Mayer talk about the new album that he made over quarantine and how it’s going to “piss off some Deadheads,” and some fantastic insights on Jerry Garcia’s guitar playing from the people who know it best.

Bill Kreutzmann was the drummer of the Grateful Dead for their entire 30-year career, and has been keeping the spirit of the group’s music alive with Dead & Company and side projects like Billy & the Kids ever since his days with the Dead. Hardly in need of an introduction, Kreutzmann was the rhythmic nucleus to the Grateful Dead’s cohesive and unified style of jamming, driving the heartbeat of the band through their improvisational explorations. His style of drumming is heavily influenced by jazz and funk music, but his appreciation for all styles can be heard in his steering of the Grateful Dead’s spontaneity.

John Mayer, who also needs no introduction, is the lead guitarist for Dead & Company. Aside from his playing in Dead & Company Mayer has had a massively successful career as a pop artist, amassing 7 Grammy awards, 4 platinum albums, and over 17 million album sales worldwide. His talents have been praised by the legendary musicians he’s collaborated with, an impressive list that includes names like Eric Clapton, Jay-Z, and B.B. King. Mayer defies the boundaries set by genres, which allowed him to adapt his playing style and musical outlook upon joining Dead & Company, as he discusses in the episode.