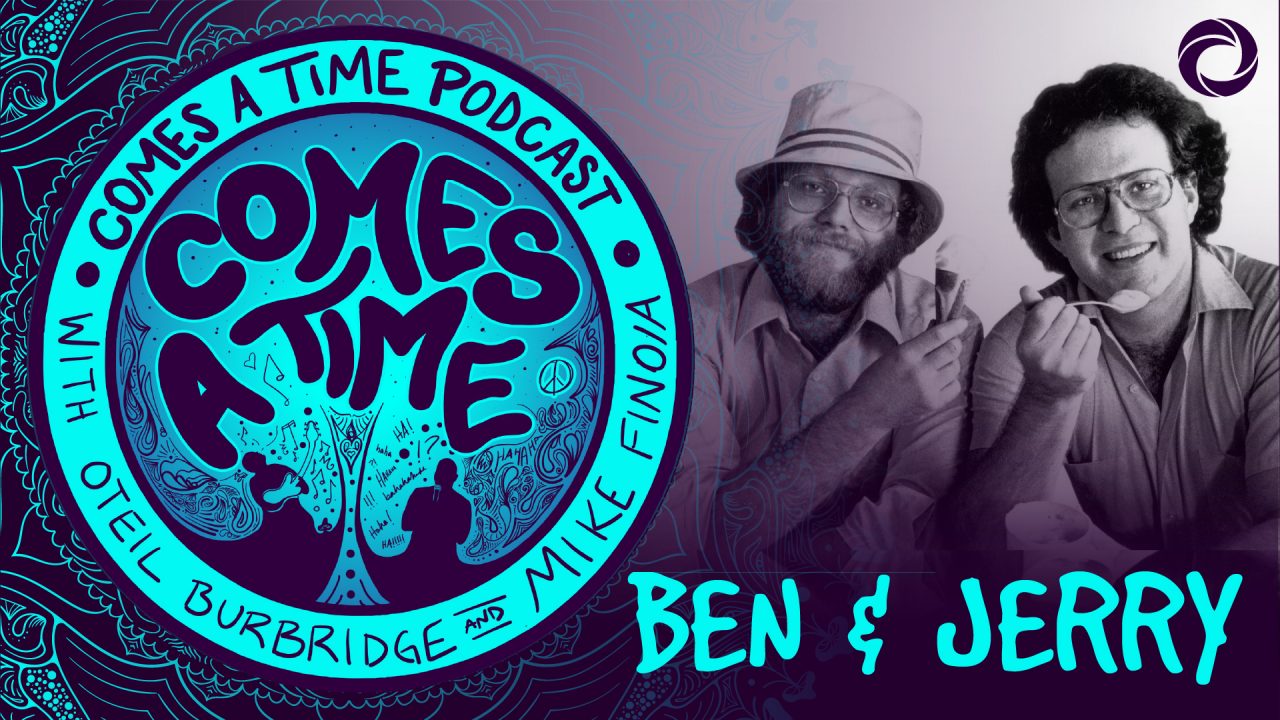 “It’s partly about lying or not telling the truth, but fundamentally, it’s – is there any trust between people and institutions? And if people in those institutions are not telling the truth, there is no trust. And why should you bother listening to anything they tell you or why should you comply with anything you’re asked to do if you’re not being told the truth?” – Jerry Greenfield

On this week’s episode of Comes a Time, Mike and Oteil are joined by the infamous Ben Cohen and Jerry Greenfield of Ben & Jerry’s, the Vermont ice cream slingers known for creative flavors and successfully building a values-led business. Ben and Jerry share their issues with dishonesty in politics and media and discuss the importance of truth from and accountability for politicians. The four also talk about their concerns with the prosecution of whistleblowers, and the loss of the dividing line between opinion content and the news. Finally, they share their story of building a business that is values-driven and not afraid to take social, political, and environmental action.

In1978, longtime friends Ben Cohen and Jerry Greenfield founded a homemade ice cream parlor in Burlington, VT. Today, Ben & Jerry’s is recognized and enjoyed worldwide. The company has long been known for its creative and innovative flavors, clever names, and successfully incorporating activism into their business model. While Ben and Jerry no longer own the business, they are still involved in promoting the social and environmental initiatives that Ben & Jerry’s undertakes. Ben and Jerry have received numerous awards and recognition, including the Corporate Giving award from the Council on Economic Priorities, the US Small Business of the Year Award from President Ronald Regan and several honorary doctorates. Together, they also authored the book, Ben & Jerry’s Double Dip: How to Run a Values-Led Business and Make Money, Too.

Comes A Time is brought to you by Osiris Media. Hosted and Produced by Oteil Burbridge and Mike Finoia. Executive Producers are Andrew Schwartztol, Christina Collins and RJ Bee. Production, Editing and Mixing by Eric Limarenko and Matt Dwyer. Theme music by Oteil Burbridge. To discover more podcasts that connect you more deeply to the music you love, check out osirispod.com