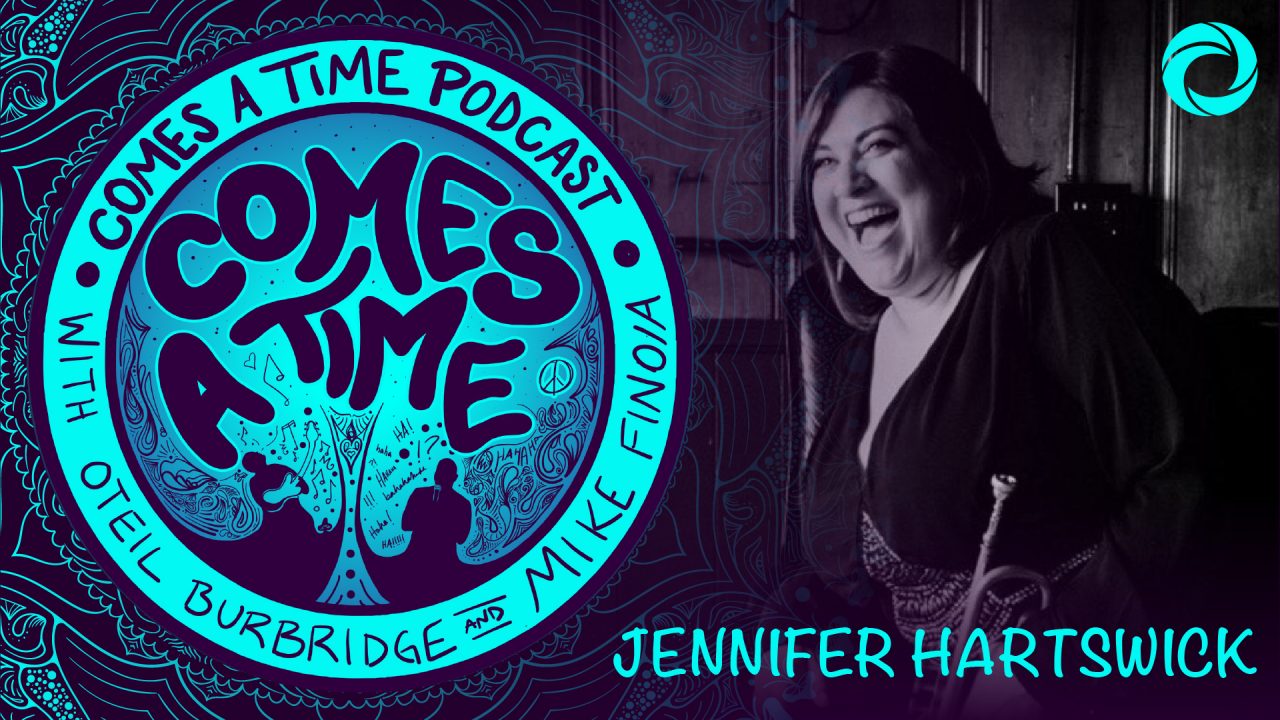 On today’s episode, Mike and Oteil chat with singer and trumpeter Jennifer Hartswick, best known for her work with Phish guitarist Trey Anastasio. Jennifer talks about performing in Trey’s Beacon Jams live streamed series this fall, how it came together, and the details of what it felt like to do. She also discusses the fast-paced and quick-changing style of working with Trey and other members of Phish. She reminisces about growing up in Vermont, recording her recent trio album, Nexus, in Phish’s barn studio, and the camaraderie among Burlington musicians. Jennifer also shares how she and her entire family became interested in and practitioners of Reiki.

Jennifer Hartswick is one of the most refreshing new voices of the twenty-first century. A consummate performer, she thrills audiences as a vocalist, trumpeter, composer, lyricist and educator. She is equally at home singing soul, funk, pop and R&B, but her passion without question is jazz. At the age of 20 Jennifer was afforded the opportunity to join Trey Anastasio’s new band, having already recorded on Story of the Ghost (Phish, 1998) and One Man’s Trash (Trey Anastasio, 1998). She embraced the idea with open arms and began touring with him in 2001. In 2003 Jennifer released her own debut album; a soulful, horn laden party entitled Fuse. In 2018, she released a trio album, Nexus, recorded with Nick Cassarino and Christian McBride.