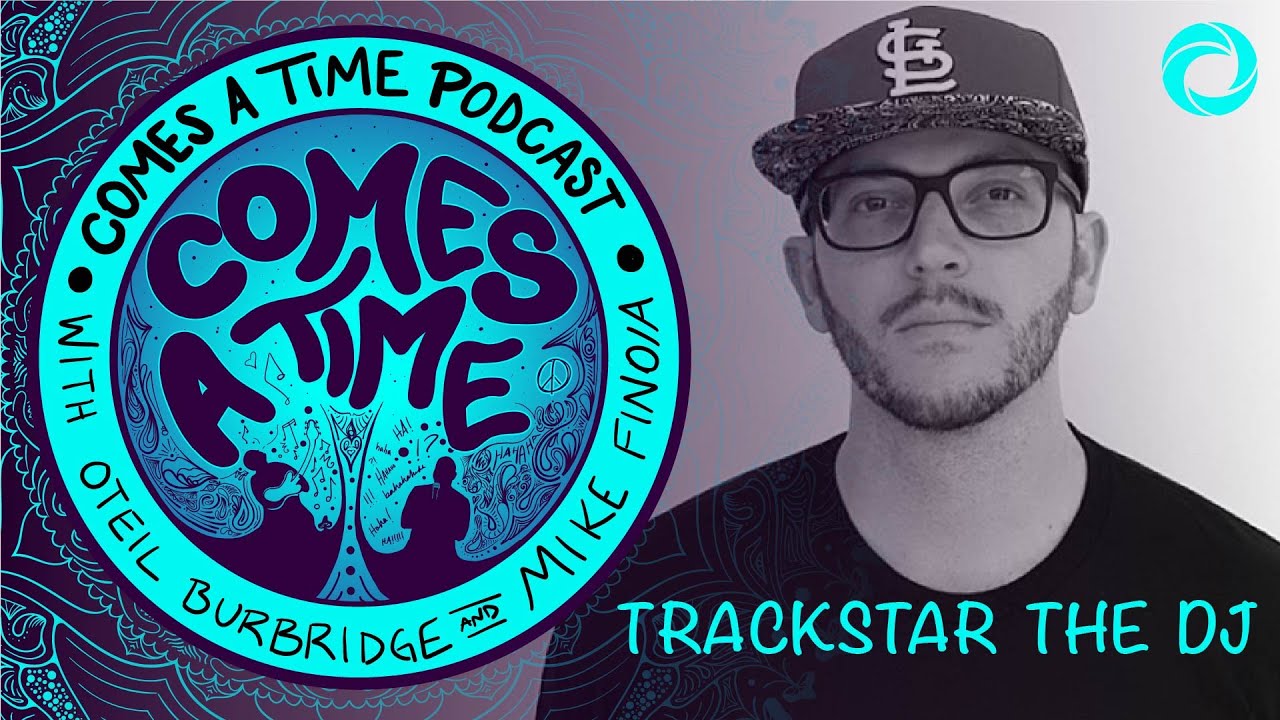 Mike & Oteil welcome Trackstar the DJ, best known as the tour DJ for hip hop duo Run the Jewels. Trackstar shares his incredible journey from his days as a college radio DJ at Washington University in St. Louis, to becoming well known for his mixtapes, to the serendipitous encounters that led to him DJing for his favorite rapper, Atlanta- based Killer Mike. Staying persistent and thinking on his feet, or as he says, “my best talent, I think, is not fucking up,” eventually landed him his spot as DJ for Mike and Brooklyn rapper El-P’s duo project Run the Jewels. Trackstar also talks about the group’s philosophy behind having their music widely available for their fans, their commitment to the live performance, and the deep rooted friendship that keeps their foundation solid.

Best known for his prolific mixtape work and as the tour DJ for Run the Jewels, Trackstar the DJ has been fortunate to travel the world playing music he loves, working and performing with many of the greatest artists in hip hop since his start behind the turntables on college radio in St Louis in 1999. From his first mixtape release in 2003, Trackstar built a reputation for creativity and consistency by releasing nearly two hundred  including collaborations with Royce da 5’9, Big Boi, Killer Mike, El-P, Lupe Fiasco, Pete Rock and Camp Lo, among others. His work with elite tastemaking team The Smoking Section helped him develop a significant online presence, while also constantly DJing at clubs & events across the globe and holding down radio spots (KWUR, SiriusXM’s Hip Hop Nation, WRTJ on Apple’s Beats1 and now SiriusXM’s Shade45 every Friday night).

In 2011, Trackstar became the official tour DJ for Killer Mike first as a solo act, and now for the supergroup with El-P, Run the Jewels, which has never done a show with any other DJ. They have performed at hundreds of venues and dozens festivals all over the world, including Madison Square Garden, Coachella, and Glastonbury. He and RTJ (Trackstar is considered the unofficial third member of the group) have also appeared on Letterman, Conan, Kimmel, Fallon and Colbert, as well as the NME Awards, the BBC, and Boiler Room. In addition doing over 100 RTJ shows in 2017, Trackstar played dozens of solo gigs and made appearances on radio shows worldwide.

In the latest episode of Beyond the Margin, host Michael Shields conducts an interview with Gabe Moskoff, better known to…