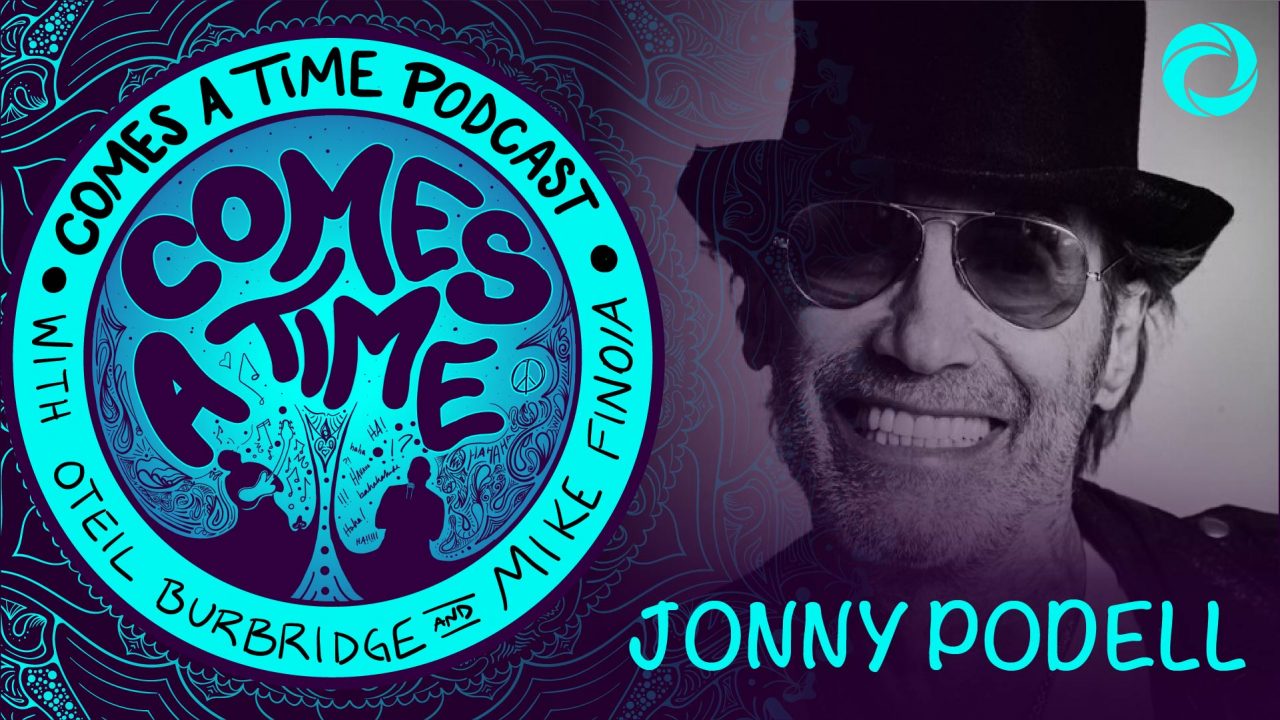 In today’s episode, Mike and Oteil welcome Jonny Podell, veteran music agent whose clients have included the Allman Brothers Band, Cyndi Lauper, Peter Gabriel, George Harrison, and Crosby, Stills, Nash & Young, among many others. Jonny shares tales of debaucherous nights with musical greats and the dark depths of his addiction. He also describes his awakening, discovering meditation, and finding sobriety, joy, and inspiration.

Jonny Podell consistently set the trends and created pathways that others have built careers on. In 1974, Podell’s collaboration with his mentor and longtime friend Bill Graham, produced the historic trek by Crosby, Stills, Nash and Young—the first stadium tour ever, selling out 50,000 seats in every city and establishing a new way to present rock ‘n’ roll. As Head of Music for William Morris Agency, and then as Worldwide Head of Music for International Creative Management, Podell continued to add to his roster of stars, discovering illusionist David Blaine and signing Peter Gabriel. Evolution Talent was the next step for Podell and his new partner, David Zedeck. Together they helped guide the careers of pop sensations ‘NSync, Backstreet Boys and Britney Spears. The dynamic duo booked stadium tours for all three artists at the same time. Podell also created two ongoing festivals—WANEE Festival in Northern Florida and PEACH Festival in Scranton Pennsylvania—for The Allman Brothers. These franchises continue to generate income for the founding artists after they have stopped touring.

Podell has always drawn inspiration from his idol, boxing great Muhammad Ali. In 2012, that inspiration was fertilized by a simple meditation which grew into a full-on spiritual awakening. Podell has never been the same since. Podell launched into a personal journey of consciousness and truth, searching for a way to best serve the world. What has emerged like a phoenix rising from the ashes is a zealous mission “to serve existing spiritual teachers, healers, and consciousness-based artists by expanding their outreach to a wider audience through events, workshops, lectures, books, live-streaming, education, and media. Podell is passionate about raising their collective visibility and impact.