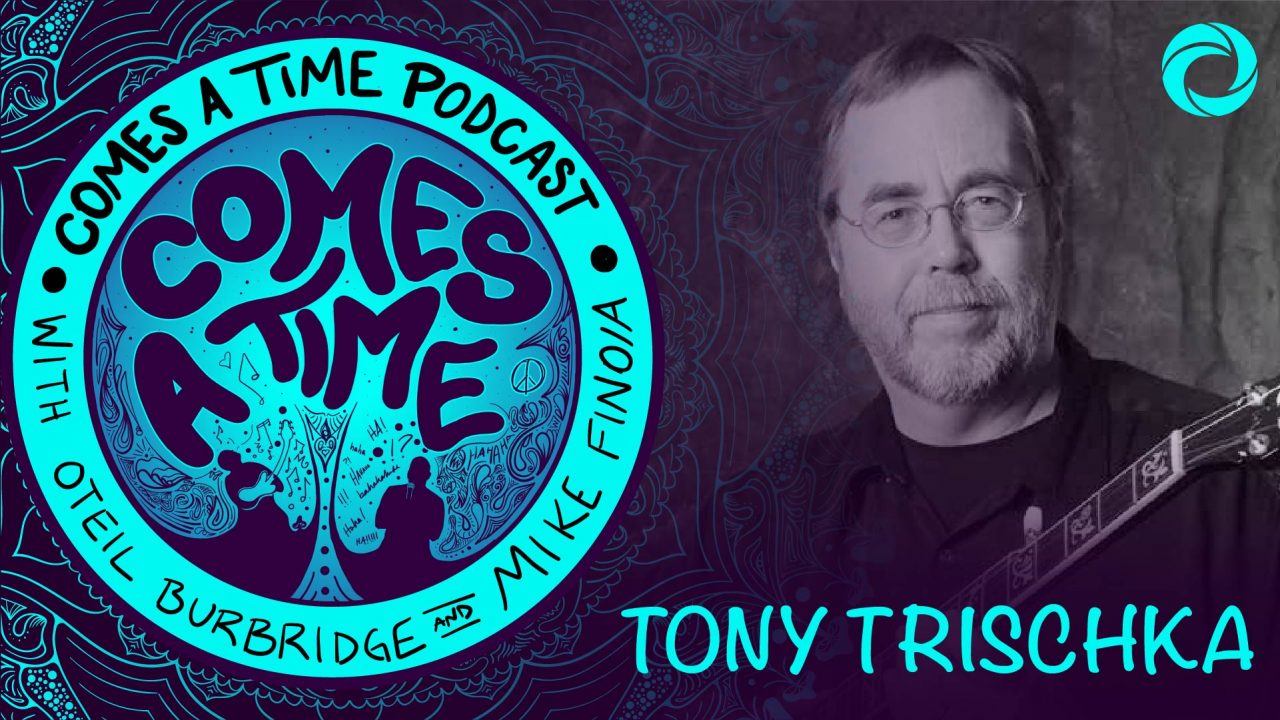 This week, Mike & Oteil are joined by Banjo virtuoso Tony Trischka, considered among the very best pickers and one of the instrument’s top teachers, notably having taught innovative banjo player Béla Fleck. Tony shares the unlikely story of how he was inspired to pick up the banjo as a politically active 12 year old in Syracuse. Tony also talks about hopping in a VW van to attend the first 3-day Bluegrass festival in 1965, racial tensions in the South mixing with hippie culture, and going backstage at a Bob Dylan show at 13.

Tony Trischka was born in Syracuse, N.Y., in 1949, and raised in a home filled with music. Trischka fell in love with the banjo by way of the Kingston Trio’s 1963 recording of “M.T.A.,” and was able to experience the New York-centered folk revival by trekking to the Newport Folk Festival in the early to mid-’60s. His work with his pal Steve Martin has helped the banjo gain a wider audience and deeper understanding. Trischka’s Grammy-nominated album Double Banjo Bluegrass Spectacular, released in 2007, and Great Big World, from 2014, feature Martin within a mix of veterans and up-and-coming luminaries. He produced Martin’s Grammy-nominated Rounder album from 2011, Rare Bird Alert, which touts performances by the Steep Canyon Rangers, Paul McCartney and the Dixie Chicks. His forthcoming album, Shall We Hope, is a visionary exploration of Civil War history featuring an all-star cast—from Michael Daves and Maura O’Connell to the Femmes, Catherine Russell, Guy Davis, the actor John Lithgow and many others.

In many ways, Trischka’s collaborators join him to pay homage to an architect of progressive bluegrass—an invaluable pioneer who absorbed the slings and arrows of roots traditionalists and proved that acoustic music could accommodate imagination and individualism.