Episode 55 of the Burning Ambulance podcast features an interview with saxophonist Wayne Escoffery. Fair warning: there are some sound dropouts here and there on this episode, because I got a new iPhone and consequently had to try out a different method of recording. So this conversation was recorded through my laptop using a Skype phone call, and for the most part it worked, but there are a few moments where it doesn’t.

I’ve been following Wayne Escoffery’s career for a long time; the first time I interviewed him for Burning Ambulance was in 2012. For a long time, he was in trumpeter Tom Harrell’s band, and for even longer than that, and up to the present day, he’s been a member of the Mingus Big Band, which played on Monday nights at the Jazz Standard in New York back when live jazz was a thing. He’s also made some really excellent records as a leader. The 2012 album The Only Son Of One and the 2018 album Vortex were real breakthroughs, allowing him to show deeply personal and at times even political aspects of his music.

He was born in England and moved to the US as a child when his mother left her husband, who was apparently not a great guy. Some of the music on The Only Son Of One is about that, and about coming to grips with his father generally. The music on Vortex deals with life in America following the 2016 presidential election, and particularly the cultural environment’s effects on his son. His new album, The Humble Warrior, is autobiographical in a more oblique way, and we talk about that some, but what’s really important on all of these records is that the music is terrific, a blend of hard bop tradition with real melodic and harmonic innovation.

Escoffery is also one of the co-founders, along with trumpeter Jeremy Pelt (who was on episode 21, way back in 2018), of the Black Art Jazz Collective. Their third album, Ascension, recently came out, and while it features three new members, it’s very much in line with what they’ve been doing to date, which is presenting extremely high level modern acoustic jazz. Trumpet, trombone, tenor sax, piano, bass, and drums, playing complicated melodies and extrapolating on them with really skilled and beautiful solos. We talk a lot about that group, too, and where he sees them fitting into the jazz tradition, particularly in relation to the acoustic jazz of the 1970s.

Like everyone else I’ve ever had on this show, Wayne Escoffery is a sharp guy who I had a lot of fun talking to, and I think you’re going to enjoy hearing our conversation. If you do enjoy this podcast, please consider visiting patreon.com/burningambulance and becoming a subscriber. For just $5 a month, you can help keep this show and Burning Ambulance as a whole active and thriving. Thanks! 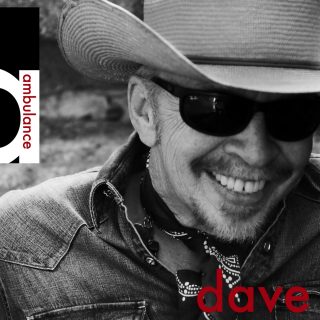