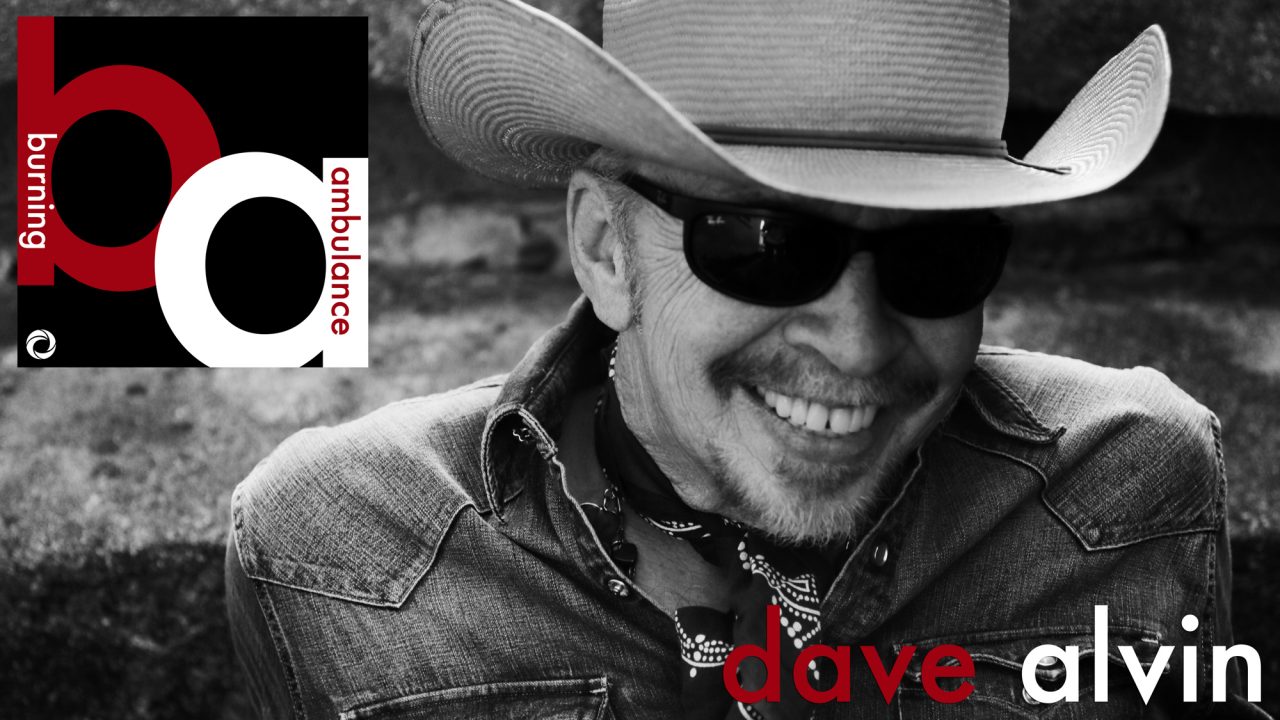 The 53rd episode of the Burning Ambulance podcast features an interview with singer-songwriter and guitarist Dave Alvin, and is sponsored by Harry’s men’s grooming products. If you’re listening to this, you can get a Harry’s trial set at harrys.com/burning. You’ll get a weighted ergonomic handle for a firm grip; a five blade razor with a lubricating strip and trimmer blade; rich lathering shave gel with aloe to keep your skin hydrated; and a travel blade cover to keep your razor dry and easy to grab on the go. Go to harrys.com/burning to start shaving better today!

I am incredibly excited that I got to talk to Dave Alvin. I first heard the Blasters, the band he formed with his brother Phil in 1979 or so, 30 years ago, in 1990, when a compilation called The Blasters Collection came out, and I was just blown away. Their music was a mix of rockabilly, blues, country, hillbilly music, Forties jump blues and Fifties R&B – they basically threw everything into a blender and somehow turned it into one thing, all driven by Dave Alvin’s lead guitar and Bill Bateman’s massive drums, which could really be a whole conversation on their own.

Dave Alvin’s made close to twenty albums since leaving the Blasters, including a couple with Phil in the last few years but also a whole string of records with his band the Guilty Men, some collaborations with country singer Jimmie Dale Gilmore and rockabilly singer Sonny Burgess, and guest appearances on a million things, because he’s a kick-ass guitar player with a unique style and sound that a lot of people want to use for things. And now he’s got a new band called the Third Mind, which was the impetus for this interview. They don’t really sound like anything else he’s done before – their music is highly improvisatory psychedelic rock, with some touches of very early jazz-rock fusion thrown in there, too. So if you were wondering how a roots-rock semi-traditionalist singer-songwriter winds up on this podcast, well, that’s how.

This conversation is really fascinating, and goes down a lot of pathways I wasn’t expecting. We talk about Robert Johnson, Miles Davis, Bob Dylan, Dick Dale, Sun Records, growing up in California…Dave Alvin’s a hell of a sharp guy who knows a lot about music, and I had a fantastic time talking to him. I’m sure you’ll enjoy hearing our conversation.

If you do enjoy this podcast, please consider visiting patreon.com/burningambulance and becoming a subscriber. For just $5 a month, you can help keep this show and Burning Ambulance as a whole active and thriving. Thanks!