In Episode 082 we conclude our 20th Anniversary celebration of the Big Cypress Festival with a discussion of the massive pre-dawn jam off Roses Are Free in the early hours of January 1, 2000. A raw, minimalistic take on the rare cover, this equally sounds like an overtired band running on extended muscle memory from their closest attempt at the LG, and a proper welcoming to the first sunrise of the 21st Century.

Songs featured in this episode are: Garcia Peoples: “One Step Behind,” The Microphones: “Here With Summer,” Gay Dad: “Dateline”

In addition, we discuss two overlooked 2019 records we highly recommend: Leo Svirvsky: “River Without Banks” and Titus Andronicus: “An Obelisk”

We want to tell you about a new show from Osiris, After Midnight. It tells the story of Phish’s groundbreaking festival on the eve of the new millennium, Big Cypress. Phish built a city for 80,000 fans in the Everglades, and capped off the festival by playing for 7 hours, ending the concert during sunrise on January 1, 2000. This five-episode series includes interviews with band members Trey Anastasio and Jon Fishman, fans and crew, and looks back on one of the most unique performances in music history. We’re going to play the trailer for you now. Please listen, and go to osirispod.com/aftermidnight to subscribe.

2019 has been a breakthrough year for the wide-ranging Indie Jam Community. Three of the most exciting acts in the larger genre, Ryley Walker, Chris Forsyth and Garcia Peoples have each released standout records and performed excellent month-long residencies throughout New York City. Now all three are teaming up for a highly-anticipated Phish Aftershow on December 30 at Le Poisson Rouge: Electric In The Village — presented by Osiris Media. Just a ten minute ride downtown on the A line, the show is sure to go deep into the night and blur the lines between the collective groups.

Tickets are on sale now at LPR.com — $15 in advance/ $20 the day of the show. $1 of each ticket purchased will be donated to the Waterwheel Foundation, supporting local needs in Vermont.

December 30 is always a standout show for Phish, keep the jams going at Le Poisson Rouge for Electric In The Village — presented by Osiris Media, with Ryley Walker, Chris Forsyth and Garcia Peoples. Your 2020’s self with thank you from the future!

Check us out on Spotify: Beyond The Pond Podcast Songs

Please check out the Osiris Podcast Network at: OsirisPod.com and JamBase.com

Please leave us a review on iTunes! 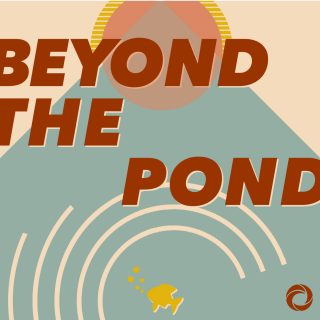