This episode of Across The Margin: The Podcast presents an interview with Aaron Cohen, author of Move On Up: Chicago Soul Music and Black Cultural Power. In Move On Up, Aaron tells the remarkable story of the explosion of soul music in Chicago. Together, soul music and black-owned businesses thrived and record producers and song-writers broadcasted optimism for black America’s future through their sophisticated, jazz-inspired productions. Soul music also accompanied the rise of African American advertisers and the campaign of Chicago’s first black mayor, Harold Washington, in 1983. This empowerment was set in stark relief by the social unrest roiling in Chicago and across the nation: as Chicago’s homegrown record labels produced rising stars singing songs of progress and freedom, Chicago’s black middle class faced limited economic opportunities and deep-seated segregation, all against a backdrop of nationwide deindustrialization. Drawing on more than one hundred interviews and a music critic’s passion for the unmistakable Chicago soul sound, Cohen shows us how soul music became the voice of inspiration and change for a city in turmoil.

In this episode, host Michael Shields and Cohen discuss the countless interviews Aaron took on to bring Move On Up to vivid life, the diversity of sound and influences that defines Chicago soul music, the interconnectedness between music and politics highlighted in the book, the influence of the 1960’s psychedelic counterculture on Chicago’s soul music, the power radio wielded in engaging the community through music and community action, and so much more.

Grab a Copy of Move On Up: Chicago Soul Music and Black Cultural Power here!

Note: Bob and Ben start off talking about the Covid-19 outbreak and plans for upcoming episodes of this podcast. We…

#161 Food in the Era of Adulteration w/ Benjamin Cohen

When it comes to food, knowing what you’re getting can be tricky. On the surface, words such as “pure” and…

Aaron’s Life Has Been No Simple Road

Episode 67 features Aaron of one of the fellow Osiris Media network podcasts: No Simple Road. I’m so incredibly proud… 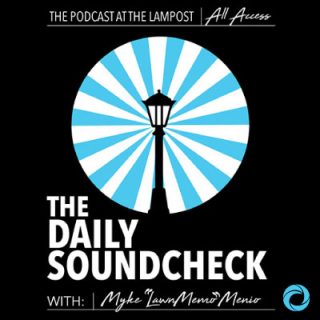 Episode 105: Up From Nothing with John Hope Bryant