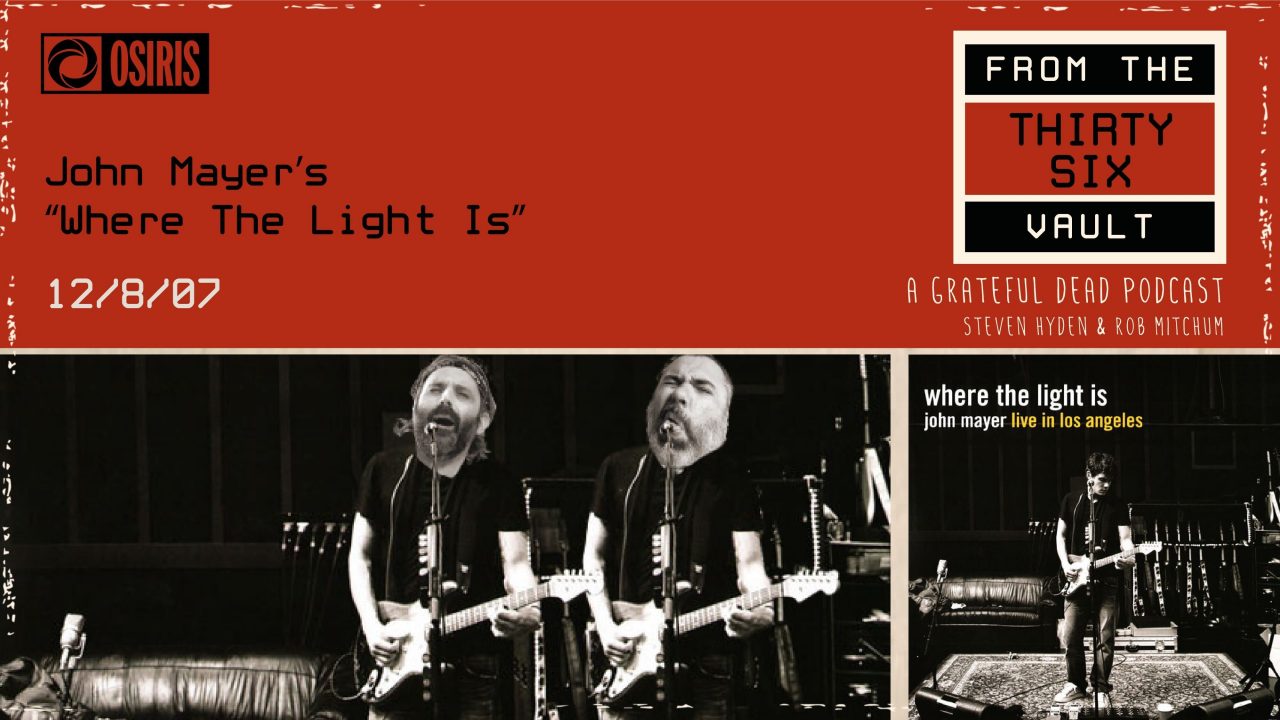 In this week’s episode of 36 From The Vault we explore the world of Mr. Sob Rock himself, John Mayer. Focusing on the peak of his solo career, we discuss the backstory of the future Dead & Co. lead guitarist, and try to better understand his path from pop rock to The Dead. Focusing on his 2008 LP of the December 8, 2007 show in LA, Where The Light Is, we hear his DMB side, his Blues Trio side, and his full band, Sob Rock side.

Disc One highlight’s Mayer’s origins with a focus on his original hits through solo acoustic performances. “Neon” stands out as one of the best cuts of the record. In addition, we hear samples of Mayer’s Blues Trio with “Who Did You Think I Was” and “Vultures” showcasing depth to Mayer’s Blues interests.

On Disc Two we hear Mayer’s performance with this larger live band. Running through some of his biggest songs from Continuum, we hear the differences between Mayer’s experimental ambitions and his more produced solo approaches. Figuring out the path from here to Dead & Co. is one of the special aspects of this episode.

Please consider reviewing this podcast on Apple Podcasts, or wherever you get your podcasts. We invite you to listen to Dick’s Picks Vol. 33 in anticipation of our next episode which will drop on Monday, July 4!