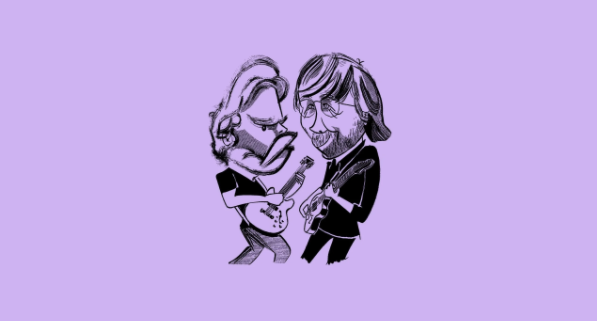 Welcome back to 36 from the Vault! In Episode 7 we momentarily diverge from our trek through the larger Dick’s Picks series, to chat about the post-Jerry years. Focusing on the larger touch points between Phish & The Dead, we dive into Phish’s 1998 Island Tour, highlighting the April 3, 1998 performance from Nassau Coliseum in Uniondale, NY. A high point for Phish, they’d just reinvented themselves stylistically throughout 1997, and then booked a surprise run of shows just a few weeks prior to dive back into the Eno-inspired atmospheric funk jams they couldn’t get enough of. A true turning point in the band’s larger history, The Island Tour marks the point where the party begins to consume the band, and the darkness that’s lingering will soon consume them. A celebration & an ominous sign of what’s to come, it’s a fascinating moment in their history.

Opening with stellar jams in “Mike’s Song” and “Weekapaug Groove,”  the band later focuses on intra-band communication in “Reba.” The second, however, is the highlight of the overall show. Running just four songs, it reads: “Roses Are Free -> Piper -> Loving Cup> Run Like An Antelope.” Particualrly in the “Roses” and “Piper” the band connects with such effortlessness that they sound pre-recorded. In the encore, “Halley’s Comet” leads into the second-ever stateside “Carini” before the rare “Tweezer-less” “Tweezer Reprise” closes the show.

Steven and Rob focus on the energy that guided Phish throughout the 90s, highlighting the decisions that led to their 1997 reinvention,  and how this run shifted the band towards their more modern incarnation with all its surprises and challenges. In addition, they discuss the legacy of the thoughtful groove-driven jamming that defined the era.

Please consider reviewing this podcast on Apple Podcasts, or wherever you get your podcasts. We invite you to listen to Dick’s Picks Volume 7 in anticipation of our next episode on April 15.