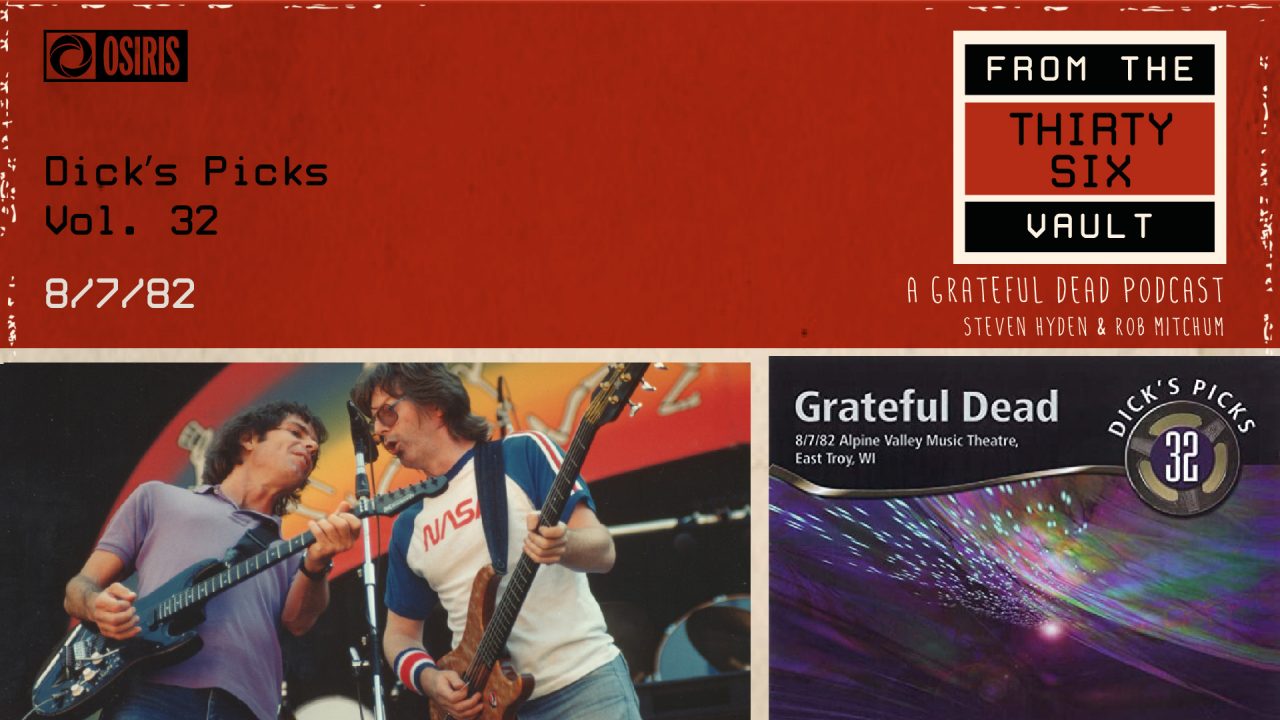 In this week’s episode of 36 From The Vault we traverse to the heartland of America for a banner show from the wild Summer of 1982 at Alpine Valley Music Theater in East Troy, WI. Featuring a hammy Bob, some heavy playing from Brent, and a lyrical albeit haggard Jerry, it’s one of the best pictures we have of what made the 80’s such a compelling and confounding time for The Dead.

Disc One begins with a jamband staple, the sandwich jam, wherein “The Music Never Stopped” segues in and out of “Sugaree.” Elsewhere Jerry shines again on “Big River,” Brent beams through his Hammond on “CC Rider,” and the whole band connects on “Let It Grow.” While there are arguments to be made that aspects of other shows in the larger Summer ‘82 tour should have been included instead, getting a full First Set from The Dead showcases the highs and lows of the eras.

On Disc Two we hear a very typical 80s/90s set two in the sense that “Playing In The Band” bookends a segment of “Drums/Space” and a gorgeous version of “The Wheel” emerges from the interstellar jamming. We close with a stunning take on “Morning Dew” before “One More Saturday Night” & “US Blues” takes us home. It’s a breezy and summery cut from the larger series, and one that showcases an era often overlooked in Dead history but clearly has some gems to mine.

Please consider reviewing this podcast on Apple Podcasts, or wherever you get your podcasts. We invite you to listen to John Mayer’s Where The Light Is – Live In Los Angeles in anticipation of our next episode – our Season 4 Curveball – which will drop on Monday, June 20!