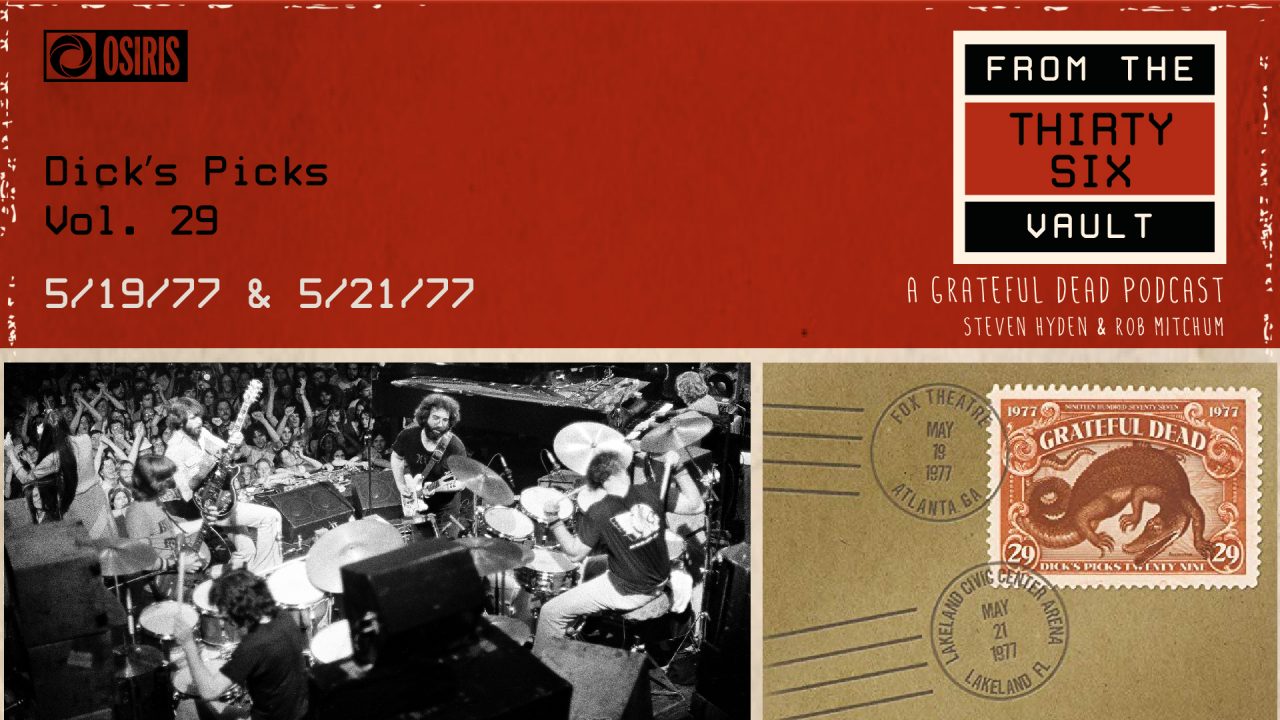 In this week’s episode of 36 From The Vault we return to the hallowed month of May 1977 for two complete shows, and the only six-CD set of the Dick’s Picks series. With two shows that prelude the stunning Dick’s Picks 3 set, we hear the sleek brilliance of 1977 Dead across 6+hrs of music.

The May 19 side of the release is highlighted by some of the Dead’s best song’s utilized throughout 1977 with a particularly stunning “Peggy-O” on Disc One. The magic is found throughout Disc Three where “Terrapin Station” > “Playin’ In The Band” -> “Uncle John’s Band” -> “Drums” > “The Wheel” > “China Doll” -> “Playin’ In The Band” showcases seamless creativity and exceptional flow throughout. While May 21 shares many of the same songs with the famed Cornell set from May 8, it’s bolstered by an outstanding “Jack-A-Roe” on Disc Four as well as a top tier “Scarlet Begonias” -> “Fire On The Mountain” on Disc Five. Disc Six features the entire second set of 5/21 with “He’s Gone” -> “Drums” -> “The Other One” showcasing the evolving improvisational approach of The Dead during this period. Of note, “One More Saturday Night” makes its long-awaited DP debut during this set. Finally, Rob & Steve discuss the bonus tracks included from October 11, 1977’s show in Norman, OK. If you ever needed convincing of why May 1977 is so highly regarded by GD fans, this extended set should be all you need for convincing.

Please consider reviewing this podcast on Apple Podcasts, or wherever you get your podcasts. We invite you to listen to Dick’s Picks Vol. 30 in anticipation of our next episode, which will drop on Monday, May 9!