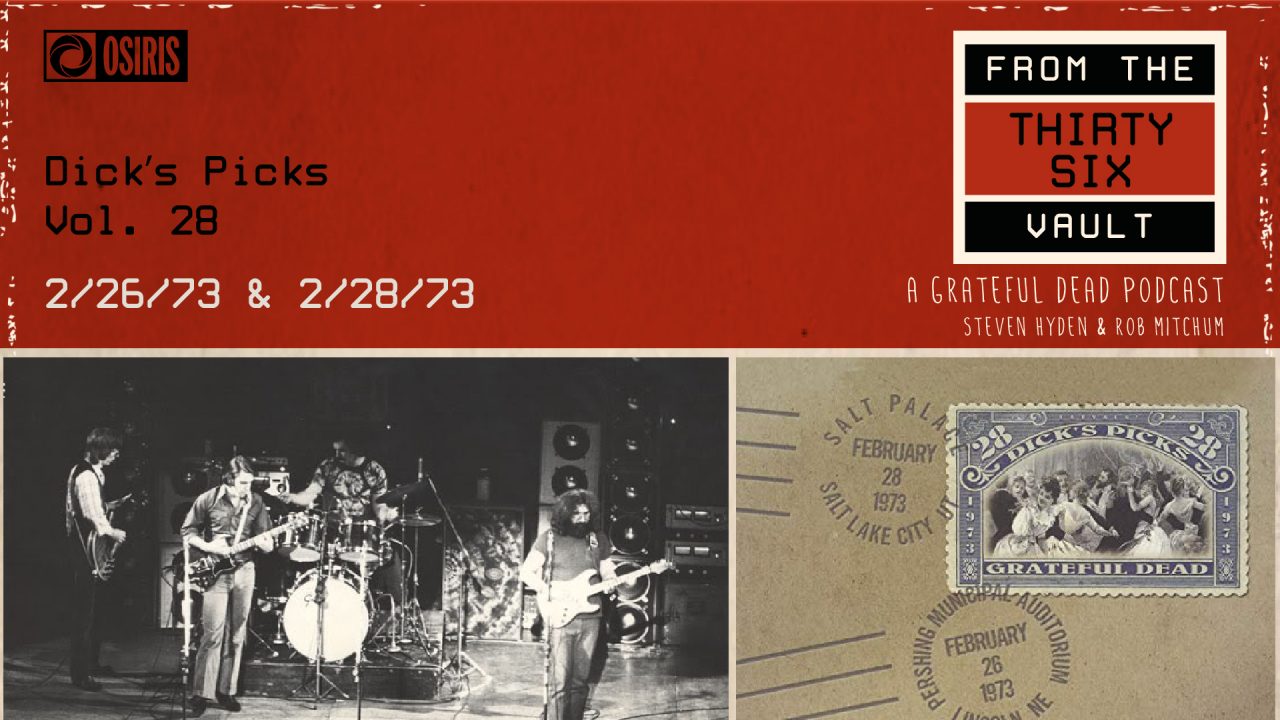 Welcome to Season 4 of 36 From The Vault! We begin our final season before the vault closes with a peek back into the world of 1973 Dead. Joining them for their midwest/west tour through the frigid US, we hear the band at the peak of their powers. Capable of transitioning from cowboy rock to show-stopping ballads to deeply psychedelic jazzy jamming, it’s one of the most complete Dick’s Picks released thus far and a fitting kick off to the season.

Disc One opens features some great playing in “Loser” and “Jack Straw” before “Playing In The Band” gives us the first taste of experimental Dead of the set. Disc Two is in strong competition for the best of the set with “Dark Star” -> “Eyes Of The World” > “Mississippi Half Step” going deep. Disc Three is another classic set of some of the best Dead songs ever written played by one of the greatest versions of The Dead. However it’s in Disc Four where the true magic strikes again. “Row Jimmy,” “Truckin’” -> “The Other One”> “Eyes Of The World>” “Morning Dew” is close to an hour of brilliant and fluid Dead. A great reminder why we all listen to this band so much, and why Rob & Steve dedicate 2hrs to chatting about them every other week.

Please consider reviewing this podcast on Apple Podcasts, or wherever you get your podcasts. We invite you to listen to Dick’s Picks Vol. 29 in anticipation of our next episode, which will drop on Monday, April 25!