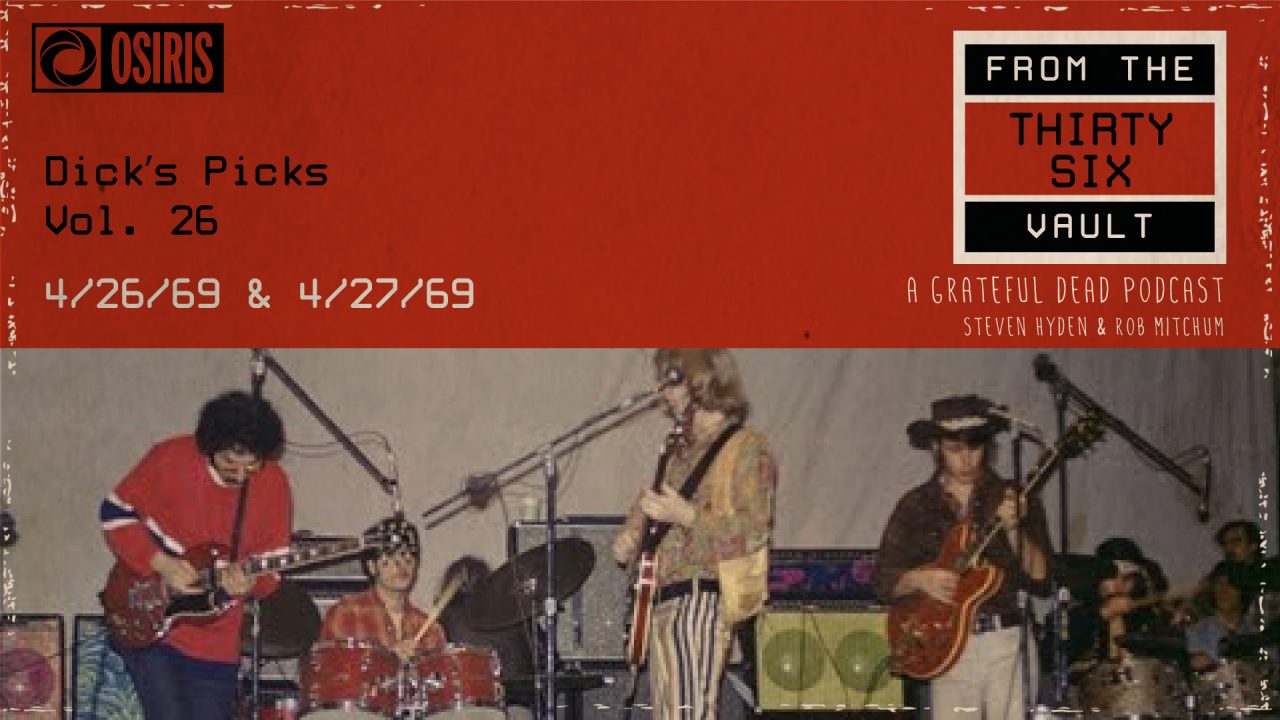 In this week’s episode we hop back to 1969 to hear two shows from the spring that showcase The Grateful Dead in significant transition. We hear two Midwestern shows: April 26, 1969 from Chicago, IL and April 27, 1969 from Minneapolis, MN. Hearing the band shift between the summer of love English Folk of their late-60’s output to Pigpen bar blues to the Live Dead inspired suite from Minneapolis, is a revealing insight into who The Dead were & who they could’ve become.

Disc One opens with a string of songs the band would essentially leave in the 60’s, highlighting the Garcia/Hunter penchant for pastoral lyrics & fitting 3-4 songs together into one. The highlight is undeniably the “Mountains Of The Moon” which fades into a “Dark Star” jam. The disc ends with a stunning jam from 4/27 out of “Turn On Your Lovelight -> Me & My Uncle” which showcases the looseness the band could play with during this period. Disc Two continues on 4/27 with a suite based around “Dark Star” that essentially mimics the Live Dead release, showcasing a similar selection of songs through different passages of improvisation. On the whole, the set proves to be a controversial one for Rob & Steve as the two find numerous disagreements with Disc One, as well as with the place The Dead find themselves in early 1969. The Velvet Underground co-headlined the 4/26 show with The Dead, offering another avenue for discourse on this release.

We’re thrilled to be sponsored by Melophy. Use Promo Code VAULT to save 20% on virtual music lessons

We’re grateful to be sponsored by Garcia Cannabis. Discover Garcia Hand Picked at GarciaHandPicked.com, and connect with Fellow Fans at @garciahandpicked on Instagram

Please consider reviewing this podcast on Apple Podcasts, or wherever you get your podcasts. We invite you to listen to Dick’s Picks Vol. 27 in anticipation of our next episode, OUR SEASON FINALE which will drop on Monday, July 26!