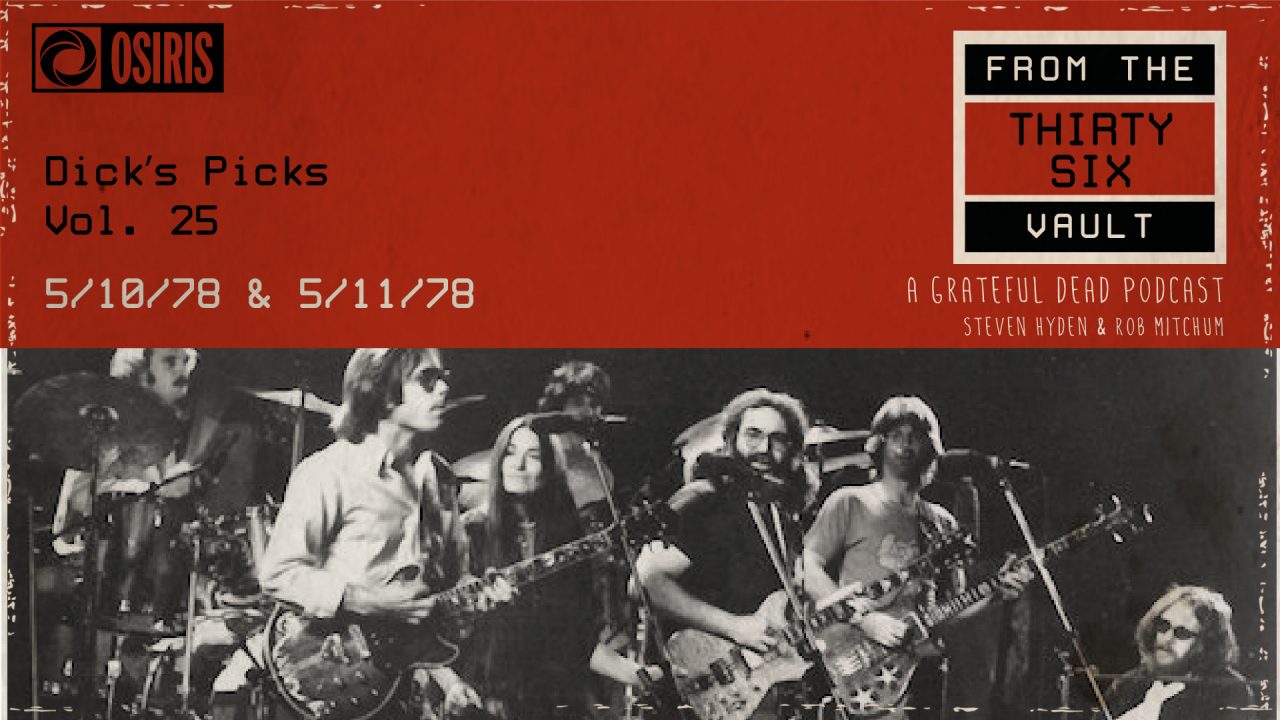 In this week’s episode we celebrate 25 volumes of the Dick’s Picks series. A monumental moment in the series, as it showcased the viability of a single band releasing a trove from their archives over a significant period in time. We’re treated to two Spring 1978 shows from the NE, May 10, 1978 from New Haven, CT and May 11, 1978 from Springfield, MA. Two archetypal Spring ‘78 shows, we hear the band engage in tight interplay around fairly standard setlists, while showcasing some of the best parts of their 77/78 period, while also pointing the way towards the future of the band in the 1980s.

Disc One features quality song selection with an excellent “Jack Straw” opener, a sultry “They Love Each Other,” and a gorgeous “Peggy-O.” A wild “Deal” showcases the interplay between Donna & Bob which would be a major theme of the overall volume. Disc Two picks up midway through Set II of 5/10 with a seedy “Estimated Prophet” before a massive “Drums” jam. The disc closes with a stunning “The Other One” into an impassioned “Wharf Rat” that showcases the power of the Garcia outro solo. Disc Three opens on 5/11 with a more laid back approach, showcasing some of the more standard Set I tunes in Dead History. The disc concludes with a very solid “Scarlet -> Fire.” Disc Four is a wild party. Rumors abound about mescaline intake, we hear one of the best “Dancing In The Streets” of all time followed by a massive “Drums -> NFA,” and concluded with a gorgeous “Stella Blue.” The volume concludes with a Double-Barry bookending a fantastic take on “Werewolves Of London.” It’s a full-scale dive into Spring ‘78 Dead, seedy, tight, wild, and grooving. Dive in.

We’re thrilled to be sponsored by Melophy. Use Promo Code VAULT to save 20% on virtual music lessons.

Please consider reviewing this podcast on Apple Podcasts, or wherever you get your podcasts. We invite you to listen to Dick’s Picks Vol. 26 in anticipation of our next episode, which will drop on Monday, July 12!