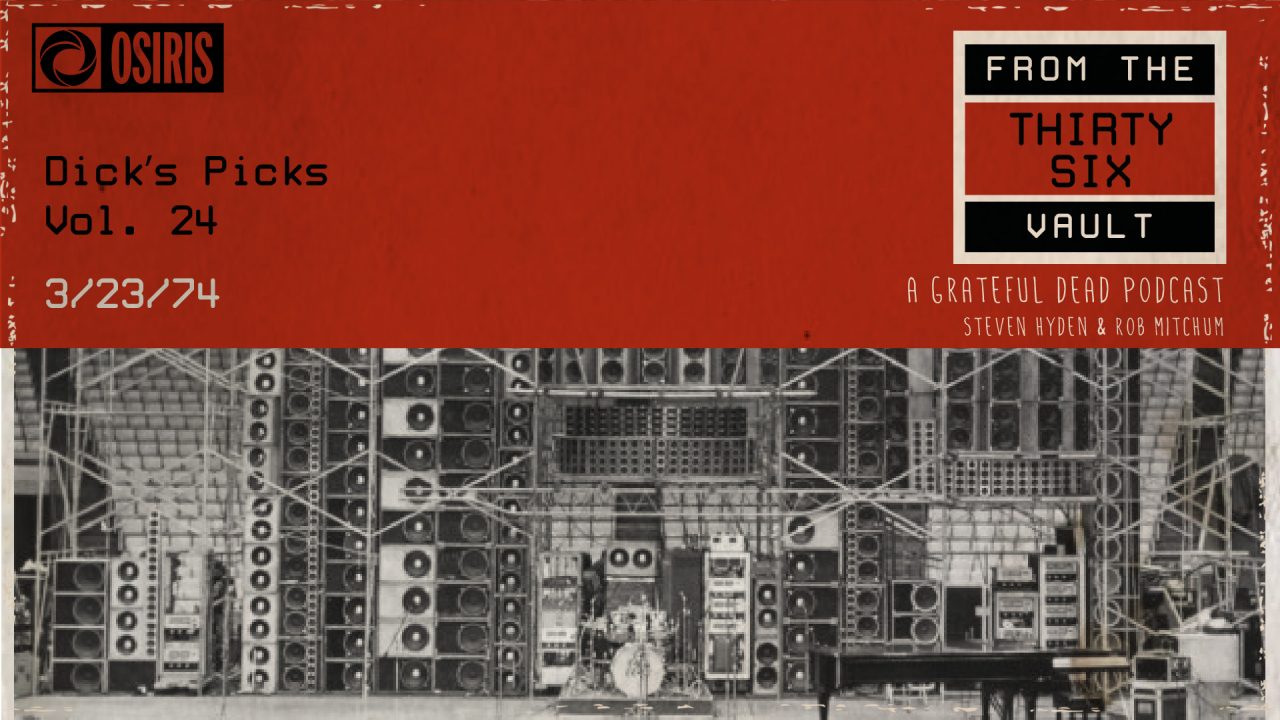 In this week’s episode we join the Dead in early 1974 for the very first Wall of Sound show. Just five shows removed from the Dick’s Picks one selection, we hear the band in a loose, soundchecky vibe, as they work through the kinks of their revolutionary PA, and begin to dip their toes in the wild and exploratory sounds of 1974. One of the most laid-back Dick’s Picks ever, it’s a great warts & all peek into the Dead on the cusp of one of their most experimental & challenging years.

Disc One is a trot through some DP standards, here played with space and patience in a way that fits the airiness of the Wall Of Sound they were plugged into. We hear the big machine slowly turn on in a choogly “US Blues” before great takes on “Brown-Eyed Women” and “Black-Throated Wind” settle everyone in. The debut of “Scarlet Begonias” and “Cassidy” prelude a truly 1974 take on “China Cat Sunflower > I Know You Ride” before a gorgeous “Weather Report Suite” closes out the set. Disc Two is anchored by an emotive, 45min palindrome segment which reads: “Playing In The Band -> Uncle John’s Band -> Morning Dew -> Uncle John’s Band -> Playing In The Pand.” The raw power of the band in 1974 is heard clearly here, while their sectional jamming of Fall 1973 is on full display as well. The set ends with some standard takes on out of place tunes, while “Wharf Rat” serves as the emotional climax we all needed during the set. The seeds of the band we’d hear on full display in Dick’s Picks 7 and 12 is here in its earliest origins.

We’re thrilled to be sponsored by Melophy. Use Promo Code VAULT to save 20% on virtual music lessons.

Please consider reviewing this podcast on Apple Podcasts, or wherever you get your podcasts. We invite you to listen to Dick’s Picks Vol. 25 in anticipation of our next episode, which will drop on Monday, June 28!