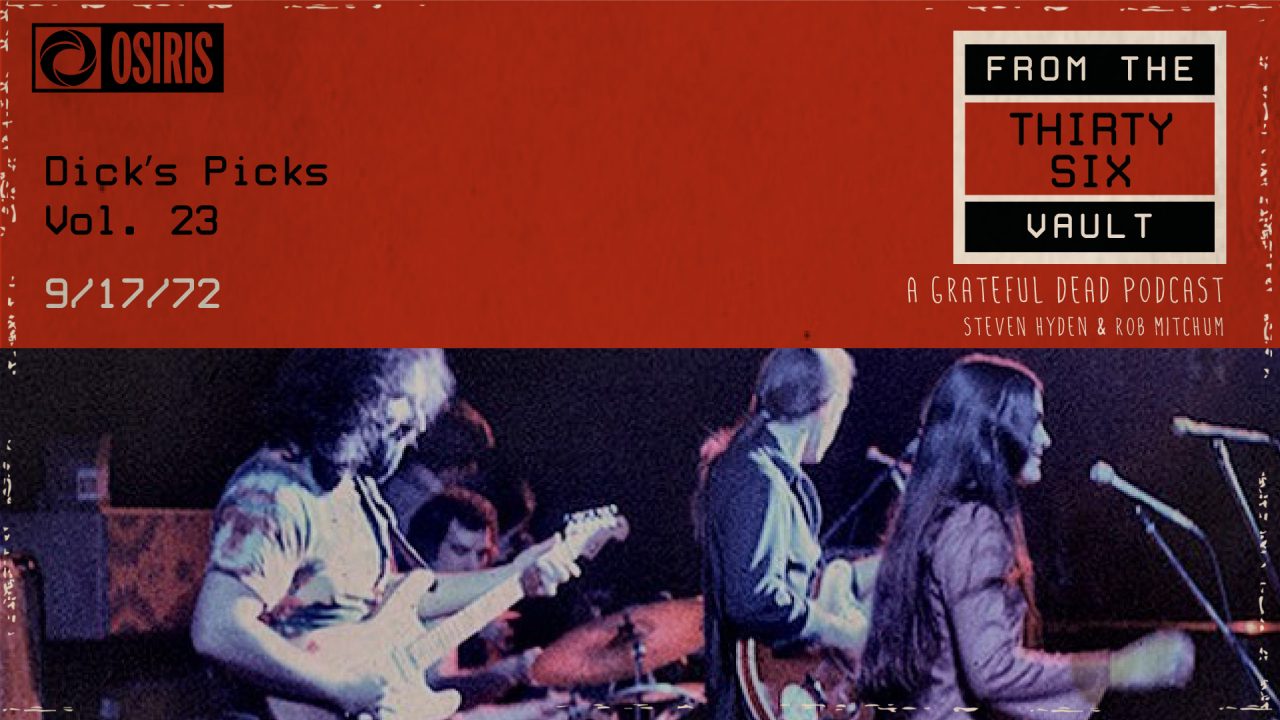 In this week’s episode we return to the Dick’s Picks cannon for our second of three shows in the set from the hallowed month of September 1972. Just ten days prior to the Dick’s Picks Vol. 11 show from 9/27/72 in Jersey City, NJ, we hear the band play a similar setlist while highlighting a different centerpiece jam. It’s a classic example of The Grateful Dead in a peak month, which showcases the best of the band while highlighting the subtle differences between the band at their best.

Disc One is a standard ride through ‘72 dead with staples like “Sugaree,” “Black-Throated Wind,” and “Tennessee Jed” scattered throughout, all played standard-great. The peak of the disc is found in “Bird Song,” that, while it doesn’t reach its heights of the DP11 or (coming soon) DP36 versions, is still quite blissful. One Disc Two we’re treated to a 20min exploration of “Playing In The Band” before excellent takes off “Truckin’” and “Loser” kick off Set II. Disc Three is highlighted by a monster “He’s Gone -> The Other One.” The former caps off at 39 min, it’s the longest jam in the entire DP Set and showcases a band on a musical high, shifting gears, embracing risk, weaving in and out of ideas, and displaying their overall penchant for exploration during this period. Like so much of September 1972, we hear two versions of The Dead. One is still breaking out of its shell, reveling in the post-European Tour bliss, moving forward as the unit we’d know through the 70s. The other is already looking ahead to the acid jazz explorations that would define their best experimentations until their hiatus in 1974.

36 from the Vault is production of Osiris Media. It is edited, produced and mastered by Brian Brinkman. All music composed by Amar Sastry, unless otherwise noted. Logo design by Liz Bee Art & Design. The executive producer of 36 from the Vault is RJ Bee.

Check out the Nugs Live Stream of Bob Weir & Wolf Bros at Red Rocks from June 8-12. Visit Nugs.net/36 for tickets

Please consider reviewing this podcast on Apple Podcasts, or wherever you get your podcasts. We invite you to listen to Dick’s Picks Vol. 24 in anticipation of our next episode, which will drop on Monday, June 14!