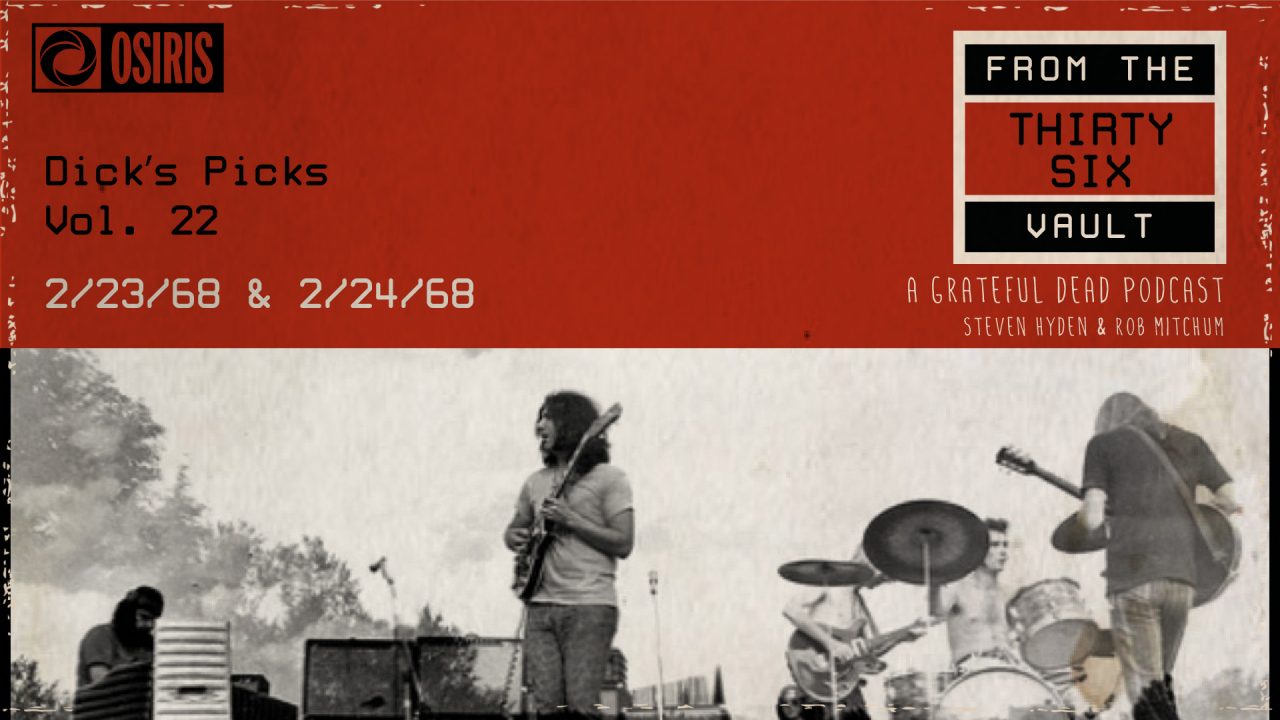 In this week’s episode we jump back in time to February 1968 for a pair of shows – unheard prior to their Dick’s Picks Release – from the King’s Beach Bowl in King’s Beach, California. Primordial Dead. We hear the band working through a number of tunes that would find their way onto Anthem Of The Sun while experimenting with dynamic-less jamming. As Steve notes at the top, this show kicks off at 11 before ending up at 35. It’s a wild ride.

Disc One opens with a near-20min jam off “Viola Lee Blues” and doesn’t look back. Both discs in this set flow with thematic precision & youthful vigor that defines the overall period for the dead. From there, we hear Pigpen croon on “Hurts Me Too” before segues take over in “Dark Star -> China Cat Sunflower -> The Eleven> Turn On Your Lovelight” and finally a wild “Born Crosseyed -> Spanish Jam.” In Disc Two we hear the early power of “Morning Dew” before Pigpen lets loose again in a massive “Good Morning Little School Girl.” From there we’re back into the segues, as we hear part of the band’s Anthem Of The Sun segment in “That’s It For The Other One -> New Potato Caboose -> Alligator -> China Cat Sunflower -> The Eleven -> Alligator> Caution -> Feedback.” The volume closes with noise & sonic energy as the visceral power of the Grateful Dead comes through with tape hiss, piss, and vinegar. We’re not yet at the foundation of The Dead, we’re somewhere just before the Live Dead/Workingman’s Dead/American Beauty era that would set the band up for their 25yr period of greatness. The sounds are weird, the jams are heavy, and the songs aren’t fully formed. We can hear The Dead in there, ready to break out of their shell.

36 from the Vault is production of Osiris Media. It is edited, produced and mastered by Brian Brinkman. All music composed by Amar Sastry, unless otherwise noted. Logo design by Liz Bee Art & Design. The executive producer of 36 from the Vault is RJ Bee.

Please consider reviewing this podcast on Apple Podcasts, or wherever you get your podcasts. We invite you to listen to our Curveball Show in anticipation of our next episode, which will drop on Monday, May 17!