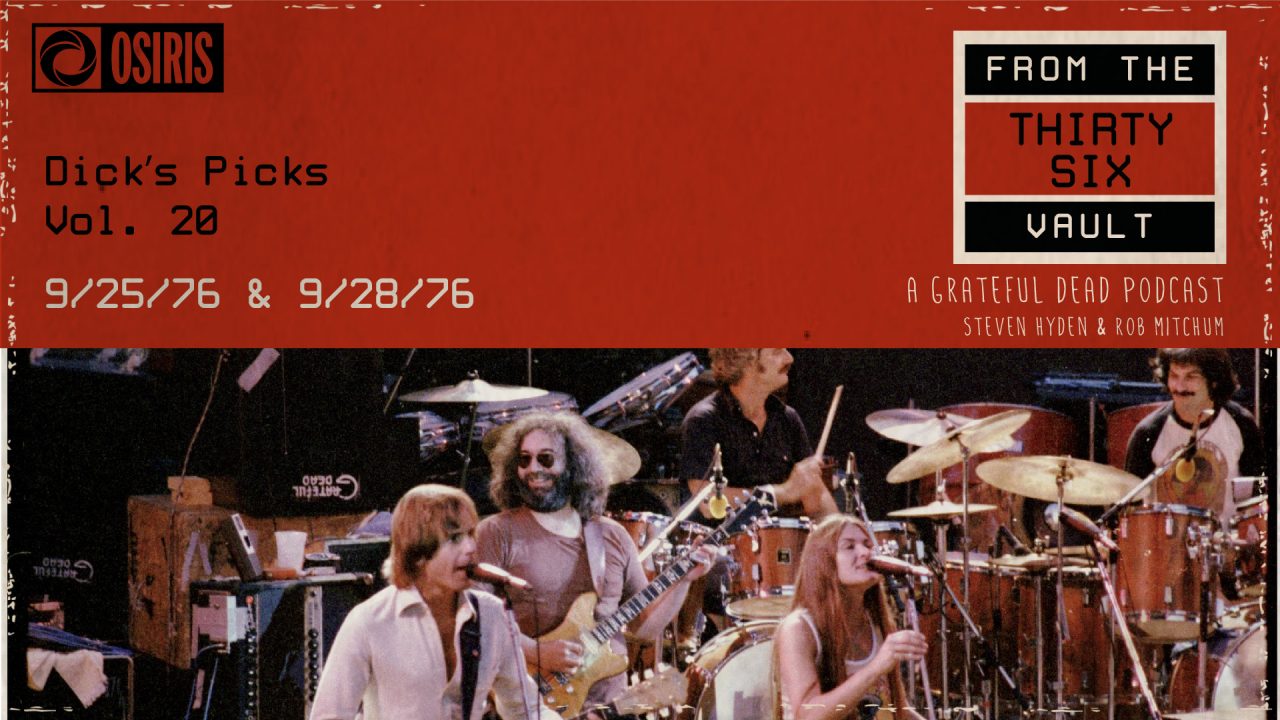 In this week’s episode we explore 1976 for the first time in the series with two shows culled together from the Fall of 1976: September 25, 1976 from the Cap Centre in Landover, MD, and September 28, 1976 from the Onondaga County War Memorial in Syracuse, NY. Offering a peek into the transition the Dead was embarking on as they returned to the road, we hear new songs debut, old songs return, the band tighten up, and jams flow with more song-oriented focus, rather than atmospheric jamming.

Disc One, in Landover, hears the band showcase energy and tightness as “Bertha” and “New Minglewood Blues” hit on a high. “Let It Grow” features the jamming peak of the disc. Disc Two provides insight into what 1971 Dead would sound like mid-decade as older tunes return, while in the midst of a fluid set. Highlights include a pre-77 “Dancing In The Streets” groove, a “Scarlet Begonias” with a “Fire” jam, some five months before the debut of “Fire On The Mountain,” and a languid “St Stephen/NFA” suite. Disc Three kicks us up to Syracuse with a few repeats, and great playing in “New Minglewood Blues” + another killer “Let It Grow,” this time segueing into “Going Down The Road Feelin’ Bad.” Disc Four might be the peak of the whole release with a transcendent segment that reads: “Playing In The Band -> The Wheel -> Samson & Delila -> Comes A Time> Drums -> Eyes Of The World -> Orange Tango Jam -> Dancing In The Streets -> Playing In The Band.” A full “Playing” suite Set II, a great preview of the highs of 77/78.

Please consider reviewing this podcast on Apple Podcasts, or wherever you get your podcasts. We invite you to listen to Dick’s Picks Volume 21 in anticipation of our next episode, which will drop on Monday, April 19!