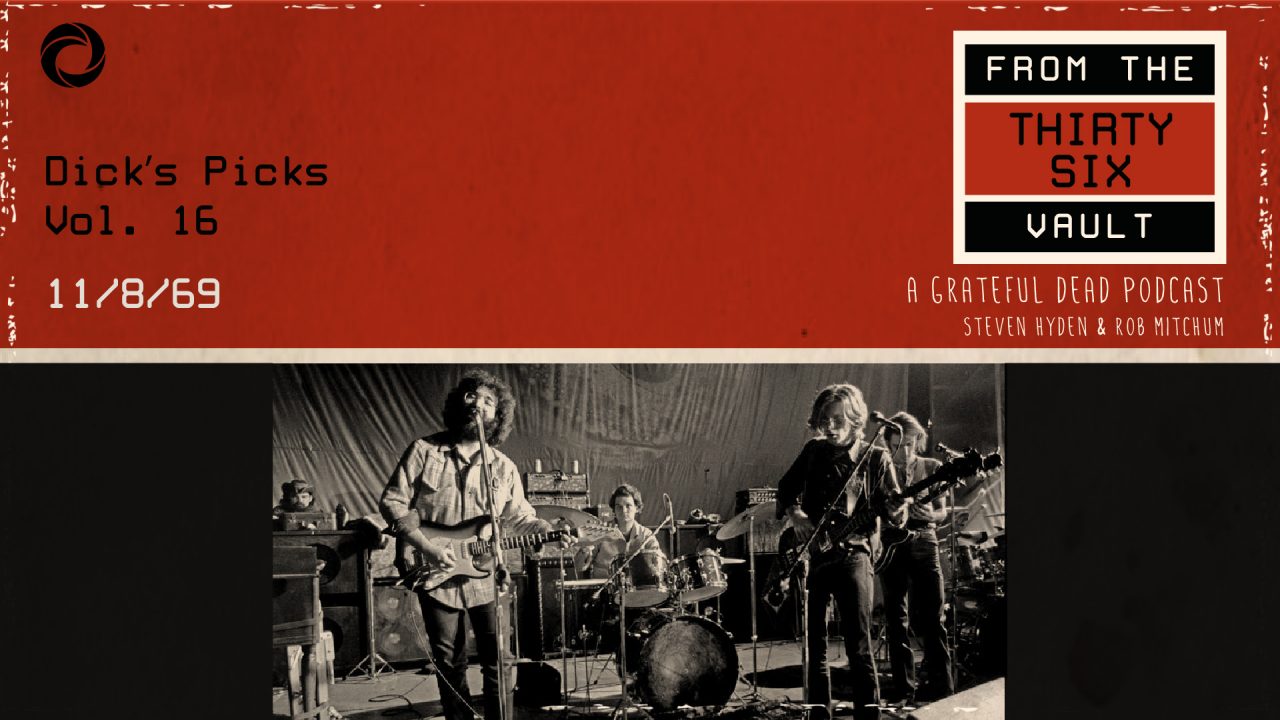 In this week’s episode we explore Dick’s Picks Vol. 16 from the Fillmore Auditorium in San Francisco, CA on November 7 and 8, 1969. PRIMAL DEAD! Coming just a few weeks shy of the Altamont Festival & the end of the 1960’s, we hear The Dead in a period of growth and transition. Just three months later they’ll be performing what many consider their greatest shows of all time (2/13-14/70 at the Fillmore East), we hear the seeds of that show, while also taking a reflective look back at their thematic brilliance of the 1960s.

In Disc One, we hear an early, up-beat & extended take on “Dire Wolf,” a fiery “China Cat Sunflower -> I Know You Rider,” and the first ever “Cumberland Blues.” Disc Two is up there with the best of the entire series as “Dark Star” jams deep before transitioning into a stunning segment which reads: “-> The Other One -> Dark Star -> Uncle John’s Band Jam -> Dark Star -> St. Stephen -> The Eleven.” Displaying their fluidity during the era, while also preluding some of their lengthy excursions from the early 70’s, it’s a monumental jam segment & should be a standard CD in every Deadhead’s car. Finally, in Disc Three, we throw the reigns to Pigpen while hearing some of the wildest psychedelic/blues jamming in Dead history.

Join the 10 million who have tried Harry’s. Claim your special trial offer by going to HARRYS.COM/36FTV.

Visit Section 119 at: Section119.com and enter the Promo Code: 36FROMTHEVAULT

Please consider reviewing this podcast on Apple Podcasts, or wherever you get your podcasts. We invite you to listen to Dick’s Picks Volume 17 in anticipation of our next episode which will drop on Monday, November 2.